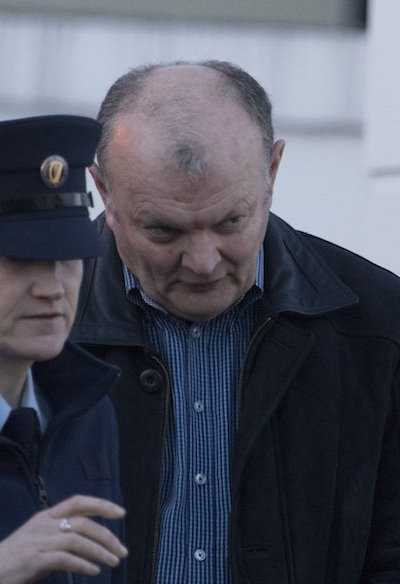 A church youth worker who was jailed for two years for sexually assaulting a teenage girl over a two-year period is to be released early from prison.

Richard Blackburn, a volunteer at the Congregational Church Youth Club in Raphoe, abused Rachel McAuley in a youth club van.

The van had been adapted to include a sofa-bed in the back and curtains to stop anyone seeing in.

Now sources have revealed that Blackburn is to be released from prison before the end of this month after serving just nine months.

One irate neighbour of Blackburn said “He got two years but had the last year suspended. What does that mean? His jail term was practically cut in half.

“Any despite that he is still getting out early for so-called good behaviour which he is entitled to. If someone gets their sentence cut short, then they should serve the entire reminder of that sentence. It’s a joke.”

Ms McAuley waived her anonymity so that evangelical Christian Blackburn could be named in court.

The court heard how Blackburn bought his victim presents including a mobile phone so he could keep in touch with her.

Blackburn (57), Carnone, Raphoe, pleaded guilty to three counts of sexual assault but Ms
McAuley said in her victim impact statement read to the court that he had abused her “daily” between 2000 and 2002.

Detective Garda Ciaran Brolly said Ms McAuley was unable to return from abroad to attend the court but wanted the court to know that she had waived her right to anonymity so Blackburn could be identified.

He read her statement to Judge John O’Hagan in which she described how the incidents had destroyed her life, making her constantly nervous and unable to sleep at night.

Blackburn would abuse her on trips back from Raphoe Youth Club to her granny’s house in Convoy.

“I had my innocence taken away, my teenager years didn’t exist at all,” said Ms McAuley. “People can look back at their teenage years with happy memories but I cannot do that because it was dark, scary and life-altering.”

During one attack on Ms McAuley a garda patrol had stopped to check on the van which was parked on the Barnesmore Gap in Co Donegal.

Blackburn had jumped back into the front of the vehicle and told gardai he had stopped for a sleep. Gardaí had left the scene not realising Ms McAuley, then 14, was in the back.

Judge John O’Hagan said that while reports said Blackburn was at a low risk of re-offending, the breach of trust in the case was extremely serious.

The attacks had left “deep scars” on the victim, said the judge, and it was clear the incidents were still having an affect on her life.

He sentenced Blackburn to two years in jail, suspending the last year for a period of 12 months, and placed Blackburn on the sex offenders register for 10 years.

Later Ms McCauley’s brother Stephen said he believed there were other victims of Blackburn’s who had not come forward and he appealed for them to come forward.