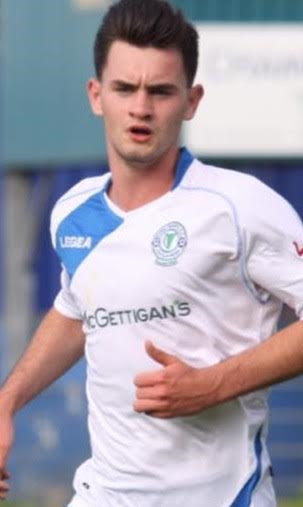 Horgan – “It’s a massive match, but we must get a result against Wexford”

A win for Ollie Horgan’s side over Wexford Youths at Ferrycarrig Park on this Friday night (kick-off 8.00) will secure Finn Harps Premier Division status for next season. A draw might also be enough as the Donegal side has a slightly superior goal difference at the moment.

This is a huge match for both sides as Wexford still have a chance of avoiding the relegation play-off place. A victory at Ferrycarrig Park will be a very difficult task as Harps have only taken a point in the two previous meetings between the sides this season. It was a 1-1 draw at Ferrycarrig Park at the end of April where Ryan Curran had put the visitors in front with a first half goal. On the last Friday of July, Horgan’s men suffered a surprise and significant 1-0 defeat in Ballybofey against Shane Keegan’s side.

Horgan has further defensive headaches ahead of the trip to the Southeast as the teak-tough Damian McNulty is suspended and he will also miss the final league game of the season on Friday week against Bohemians at Finn Park as he serves a two-match ban. Another centre-half Keith Cowan is out long-term with a knee injury so the manager could look to Packie Mailey or Tommy McMonagle to fill the McNulty vacancy. However, it seems extremely unlikely that Horgan will get Josh Mailey back from England for the game. The manager also has injury concerns over Sean Houston who didn’t play against Cork City last Friday night as well as doubts over Barry Molloy, Adam Hanlon and Mickey Funston who had to retire after just a couple of minutes with a head injury at Turners Cross. Striker Ruairi Keating is out again due to ankle ligament damage.

As a result of the uncertainty over a number of players Horgan confirmed that Gareth Doherty who impressed in the Harps U19s semi-final against UCD will be part of the squad heading to the South East. “It’s a massive match for us against Wexford who we have struggled against down the years and they have always finished ahead of us in the league table. It’s going to be very difficult but we must get a result at Ferrycarrig Park” Horgan said. With Wexford Youths winning 5-4 against Galway Utd in a remarkable match at Ferrycarraig Park last Friday night it means Shane Keegan’s side has cut the gap between themselves and Harps to six points.

Wexford have a game in hand on Harps which will be played on Monday night away to Cork City. The final series of games in this season’s League of Ireland Premier Division are on next Friday when Harps host Bohemians in Ballybofey while Wexford travel to the Showgrounds to take on Sligo Rovers.

Horgan – “It’s a massive match, but we must get a result against Wexford” was last modified: October 20th, 2016 by Stephen Maguire