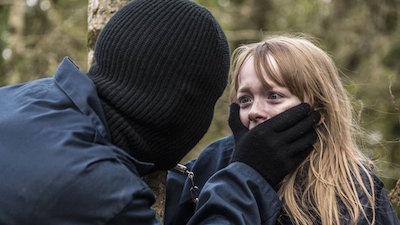 A young Donegal actress has landed a major part in a major new series which will be shown on Netflix.

Amybeth has been cast as the gifted and imaginative Anne Shirley in the new series Anne.

Based on Lucy Maud Montgomery’s classic novel, Anne of Green Gables, the show began production in Canada in September.

The series centres on a young orphaned girl in the late 1890s.

Executive producer Miranda de Pencier said 1,889 girls were auditioned from around the globe for the role.

“We are thrilled to have found the incredibly versatile and delightful Amybeth McNulty to play this world-renowned heroine alongside the rest of our brilliant cast,” she said.

The actress read the Anne Green of Gables books when she was nine and says she shares many personality traits with the titular heroine.

“She has so much love for the world, which I think I share with her”, McNulty told CBC News. “And her curiosity about everything, how she can be so fierce and so bold but so gentle and so loving.”

The show’s executive producer, Moira Walley-Beckett, said: “Amybeth is a wonderful and sensitive actress who embodies all of Anne’s qualities. She’s soulful and inquisitive, mercurial and passionate.

“Her ability to convey pain and joy is breathtaking. Amybeth is Anne for a new generation.”