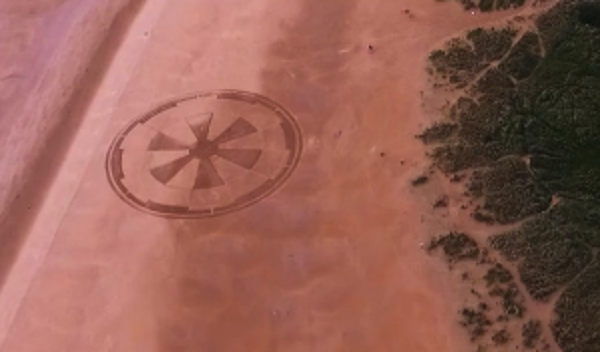 Star Wars enthusiasts spent their Saturday afternoon paying tribute to their favourite film series by drawing some massive fan art on the sand of Ballymastocker beach!

The Imperial March (Darth Vadar’s theme) plays as a drone flies over the emblem of the Galactic Republic (Galactic Roundel) etched in the sand by the artists!

Filming took place at Malin Head earlier this year for Star Wars episode VIII, and it seems the influence of the Sith never left our shores!

Well done to JJ Mc Gettigan for the sand art and Lionel Hemmerle for filming it all.