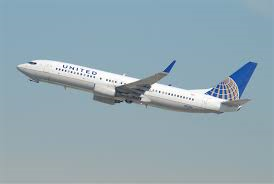 There was terror above the Donegal skies yesterday when a US jet bound for Newark, New York was forced to make an emergency landing.

Flight enthusiasts from Donegal were tracking the UA76 flight from Belfast which was bound for New York.

However, they started to notice its flight path went off course and observed some strange activity on the radar.

It soon became evident that something was not right, and then the United Airlines carrier at one did a U-turn over the Donegal skyline.

It later emerged the jet had to make an emergency diversion to Shannon Airport.

There were serious concerns that the front wheels could not be locked to take the impact of a landing – so the pilots decided to circle around the West coast of Ireland for a period – in an effort to burn off fuel in preparation for their landing in Shannon.

A spokesman for United Airlines said, “Our team at Shannon Airport is providing assistance to customers of flight UA76 (Belfast-New York/Newark) today, which diverted to Shannon Airport, Ireland because of a mechanical issue.

“The aircraft landed safely, and we apologize to our customers for the inconvenience caused.”