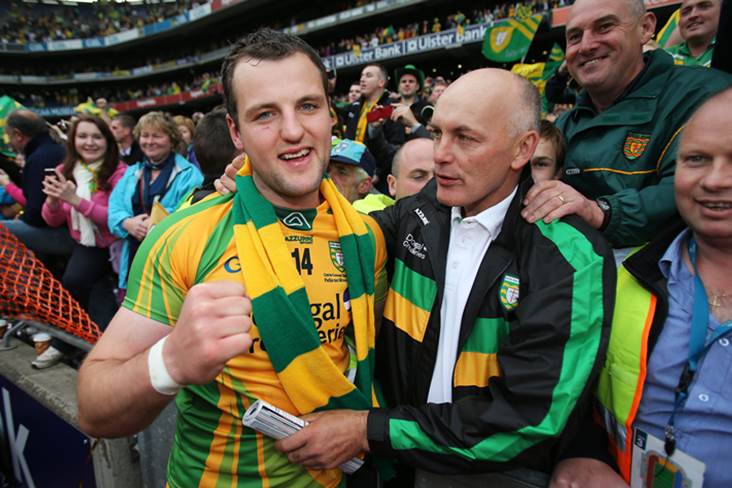 Anthony Molloy, the man that skippered Donegal to their first ever All-Ireland title has claimed that Michael Murphy is the county’s greatest ever player.

He also believes that Donegal will continue to challenge for major honours as long as they have their inspirational captain fit and available for selection.

Molloy himself would be regarded by many as one of Donegal’s greatest, and the likes of Martin McHugh, Tony Boyle and Karl Lacey have also had incredible careers.

However, Molloy believes Murphy is the pick of the bunch, and that he was back to his brilliant best when Glenswilly defeated Kilcar in the Donegal SFC.

Molloy told The Irish News, “I do know that he injured his ankle badly playing against my own club Ardara.

“I know for a fact that ankle injuries are hard to shrug off and I think that it might have affected his free-taking as well. I think we saw the real Michael Murphy in the county final.

“He is the greatest Donegal player of all time and he has taken Glenswilly to where they are and that is not disregarding his team-mates.

“When you have probably the best player in the country on your team and he clicks on the day it is very hard to see who is going to beat you.”