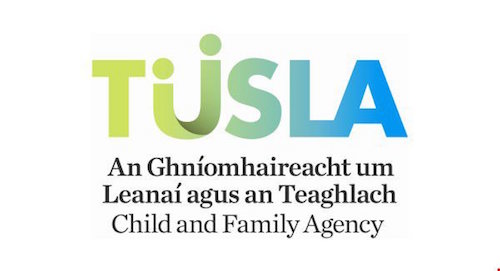 A local father who is trying to get more access to his only son has been forced to wait more than six months for an assessment by Tusla, the State’s child protection agency.

The father, who cannot be named for legal reasons, applied to the family court, sitting in Buncrana, last week to have more unsupervised access to his only son. The man is currently entitled to two hours of supervised contact with his four-year-old son every Saturday.

A representative from Tulsa, who was present in court, said the agency would not be happy to change the access agreement without further assessment by a clinical psychiatrist.

The social worker told the court that she believed the assessment was requested by the child and family agency in April. She said she chased it up with the psychiatrist, a Mr. Murray, in September but was informed that he had not carried out or started the assessment yet.

The Tusla employee said she would chase this up with Mr. Murray again and she informed the court that the assessment could take up to three further months to carry out once it was started.

The court heard that the local father is currently working five days a week in Dublin. He said he left in the early hours of Monday morning and returned every Friday evening. It also heard that the man had been previously had problems with alcohol but that he was taking steps to address that and that he hadn’t drank in some months. The man told the court that he attended AA meetings both in Dublin and Donegal.

However the social worker informed the court that the psychiatrist would not be able to offer weekend appointments once the assessment period had begun.

Solicitor for the child’s mother Mr. Ciaran MacLochlainn, who was in favour of the father having more access to her son, told the court that if it wasn’t for a mutual friend, the father would not have had been able to see her son at all.

The court heard that Tusla didn’t work on weekends and did not offer supervision for custody visits on Saturdays and Sunday’s.

Mr. MacLochlainn said the visits, which take place every Saturday from 10.30-12.30, wouldn’t have been possible without their friend carrying out the supervision on Tusla’s behalf.

The Tusla social worker said the visits were going well and they were not happy to make changes to situation at this time. She said there had been concerns about domestic incidents in the past.

However the court heard the couple had not been together in more than a year and that the father had not returned to the family home.

Solicitor for the local father, Ms. Mary Colderick said her client just wanted to spend more time with his son.

Judge Paul Kelly said because the couple were no longer together and there was no likelihood that they would be back living together so this should not be a consideration regarding access.

He said the access seemed to be going well and he praised the man for ‘making great efforts’ to deal with his situation.

“This man is getting himself back on track and it seems to be going well, I’m not convinced there is a need for supervision during their visits at this stage,” said Judge Kelly.

“The assessment has been outstanding for some time and there is nothing to say that it will take place in the near future. The concerns here seem to be historical due to the impact of domestic violence but he is no longer in the home. There is no concerns about the treatment of their son so I’m going to dispense with the supervision for now,” added judge Kelly.

However he gave Tusla the power to re-enter it at any time if they had any concerns or if any issues arise.

As well as removing the supervision, Judge Kelly also extended the hours of father and son access to three and a half hours every Saturday. He said they could review this at a later date.