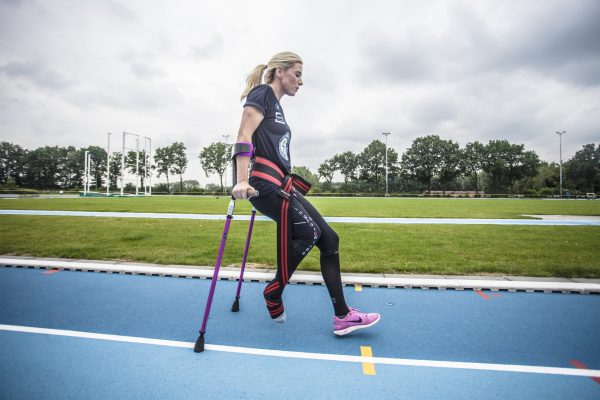 Nikki Bradley has been one of the most inspirational figures in Donegal over recent years, and in this video (above) she discusses her recent World Record attempt in Holland – and the challenges she has faced.

Radiotherapy destroyed her right hip bone, and she subsequently contracted a number of infections in her hip, which eventually forced Nikki to get a hip replacement at just 26.

Nikki faced further issues and had further surgery to remove a tumour, but she required 52 metal staples in order to close the wound.

However, Nikki has overcome all the adversity that she has faced and she has undertook a number of difficult physical challenges in an attempt to raise awareness.

She set up her campaign called ‘Fighting Fit for Ewing’s in 2013 and has been an inspiration to others suffering from the rare type of bone cancer.

In this candid video, Nikki outlines why she set up ‘Fighting Fit for Ewings’ and why she undertook a World Record attempt in which she incredibly beat.

However, she revealed that she received some disappointing news from Guinness World Record attempts shortly after her heroic attempt.

To watch this fantastic short documentary – simply click play on the video above.