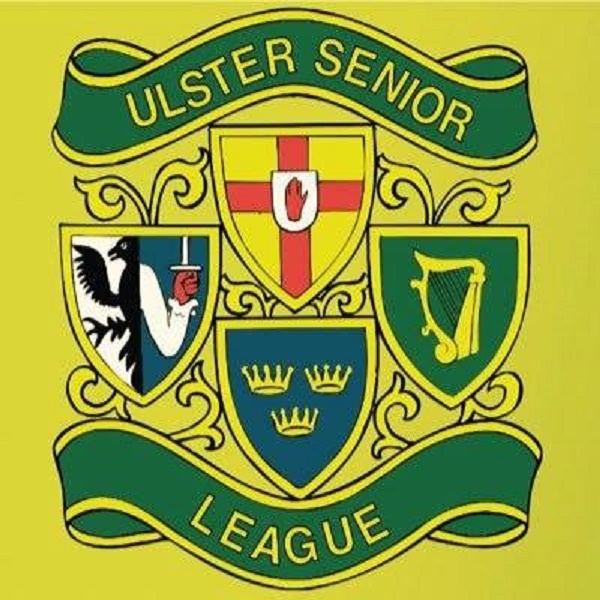 COCKHILL CELTIC swept to the top of the Ulster Senior Legaue thanks to a comprehensive win over Swilly Rovers in Ramelton.
Swilly Rovers 1 Cockhill Celtic Cockhill went ahead on 11 minutes when Gerry Gill’s free kick found the head of Gerard McLaughlin, who headed on to William O’Connor and he headed home from close range. On 20 minutes it was two when Mark Moran scored from close range with the Swilly defence caught napping.
O’Connor made it three on 44 minutes following a Gill corner, Swilly’s Laurence Toland went close twice as his ten-yard volley was narrowly wide and his 15-yard shot was well saved by Harry Doherty in the Cockhill goal.
Jimmy Bradley and Ryan Varma extended the lead on 82 and 84 minutes.
In between, Swilly’s Laurence Toland released Brandon Toye who finsihed well.
Mark Moran made it seven near the end.

Fanad United and Letterkenny Rovers played out an entertaining 2 all draw in blustery conditions in Traigh-a-Loch on Sunday afternoon.

The first half chance of the game came in the fifth minute when Chris Flanagan won the ball outside the box but his rushed shot was easily saved by Shane Graham in the Fanad nets.
Fanad took the lead in the 11th minute is what was their first attack of note in the game.
When persistence by Davitt Walsh forced a corner, the ball was swung in by Marty McAteer which was met by Shaun McElwaine who powered his header into the top corner. Letterkenny should have drawn level nine minutes later when Darren McElwaine found himself with a lot of space but his shot went well wide.
Five minutes later Shane Graham produced a fine save after Steve Okakpo-Emeka burst into the box but his well hit shot failed to get past Graham.
Fanad’s bets chance of the half to extend their lead fell to Seimi ‘Nanny’ Friel in the 35th minute.
After some good work by Daire McDaid and Marty McAteer, the ball cam to Friel on the edge of the box but his shot came agonisingly back off the underside of the crossbar and away to safety.
The second half starting at great pace and Daire McDaid missed a decent chance to extend the lead for Fanad straight from the kick off when he pressurised the Letterkenny defence but his shot went over the bar. Letterkenny equalised in the 47th minute.
After some sloppy play by the Fanad defence the ball fell to David Shovlin who’s super cross was met at the back post by Darren McElwaine who made no mistake.
Rovers took the lead on the hour mark in controversial circumstances. When Kieran Gorman challenged Chris Flanagan in the box. McElwaine stepped up and made no mistake from 12 yards.
This spurred Fanad back into life and they were rewarded for their pressure with an equaliser in the 72nd minute. When Friel was fouled 25 yards out, Daire McDaid stepped up and his free found the back of the net deceiving Sean Friel in the Letterkenny net.
Fanad had a chance to win it with three minutes remaining when Matty Crossan seen his free kick from 25 yards fly just wide of the post.
Rovers played the last few minutes with 10 men when Brian McVeigh received his second yellow card for a pull back on Seimi Friel.
There was worrying scenes at the end when Seimi Friel was stretchered off after an accidental clash of heads with Declan O’Donnell.
This resulted in a number of minutes injury time but neither team could find a winner.
Best for Fanad were Shaun McElwaine, Daire McDaid and Seimi Friel. Best for Letterkenny were Conor Tourish, David Shovlin and Darren McElwaine

Player of the month
THE Ulster Senior League, in association with Watson Menswear in Letterkenny, will be announcing our first two Player of the Month winners in the next week.

The winners of the Player of the Month awards, sponsored by Watson Menswear, will be presented with a €50 gift voucher.

The September and October winners will be revealed soon.

The Chairman of the Ulster Senior League, Johnny McCafferty, extended his thanks to Leonard Watson of Watson Menswear for coming on board as sponsor.

“These monthly awards give us another avenue to showcase the talent in the Ulster Senior League and to reward our players,” Mr McCafferty said.

“We have had a great start to the new season and there will be intense debate about who should win these awards, which says a lot about the standard within the League at present.”

Mr McCafferty wished Leonard and the team at Watson Menswear good luck after their reopening following a brief closure because of smoke damage to their premesis on Main Street, Letterkenny.

He said: “Everyone associated with the Ulster Senior League wishes Leonard and his staff the best of luck and we were delighted to see Watson Menswear back in businsess again.

“It was sad to see a callous arson attack in a nearby carpark result in the closure of a good business such as Watson Menswear, but we’re glad to see that the closure wasn’t a lengthy one.

“We look forward to our partnership with Watson Menswear for our Player of the Month Awards.”

Watson Menswear opened in 2012 and have gone from strength to strength in their four years in business.

Leonard Watson said: “All at Watson Menswear are delighted to be working with the Ulster Senior League and putting something back into local soccer.”

The monthly award winners will be revealed on the Ulster Senior League’s new Facebook page.

Katie McFadden, wife of the late Paddy McFadden, one of the founder members, cut the tape and performed the duties to unveil Bonagee’s new facilities before a big crowd.

Notes
CLUBS are reminded to submit their weekly reports and club news to the Ulster Senior League PRO, Chris McNulty, at chrismcnulty86@gmail.com