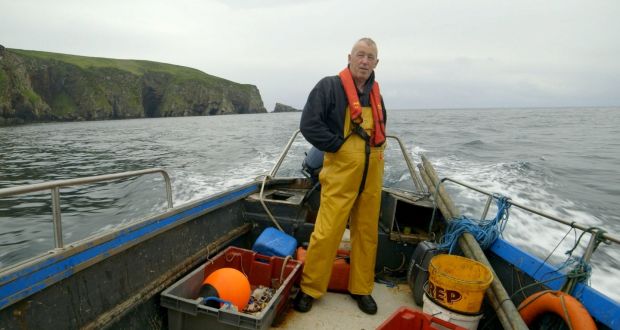 A multiple award-winning documentary which highlights the injustices and inequality of EU fishing regulations is to be screened to members of Dáil Éireann later today.

Atlantic, was directed by Richie O’Donnell and was narrated by Irish acting legend Brendan Gleeson.

Atlantic follows the fortunes of three fishing communities in Ireland, Norway and Newfoundland as they struggle to maintain their way of life in the face of industrial over-fishing, oil exploration and ecological collapse in their waters.

Jerry Early, a fisherman from Arranmore Island stars in this informative and engaging film which really hits home the hardship that so many fishermen and fishing communities have suffered due to the draconian measures put in place by the EU.

Pelagic freezer-trawlers, also known as super-trawlers due to their vast size – are allowed to overfish in our waters, while small fishermen are denied the chance to the same.

Which ultimately forces them to stop fishing – and they’re no longer able to make a living from the fishing industry.

Members of Dáil Éireann have been invited to a special Dáil screening of Atlantic in the Dáil AV Room on later today at 5pm.

A Q&A session will be held afterwards and will include the film’s director Richie O’Donnell (The Pipe, 2010) and fishermen who feature in the film.

A letter to Dáil members said, “Some of you have already attended the screenings held throughout 23 counties and in the EU Parliament since last April.

“Even if you have already seen the film, we hope that you will avail of this one-off opportunity to attend a parliamentary screening, to learn about the issues raised in the film, and to lend your voice and that of your constituents to the discussion about Ireland’s offshore resources of fish and fossil fuels.

“In the context of Brexit, the struggles faced by coastal and island communities in particular have taken on a new relevance.

“The documentary will soon air on RTÉ 1 television. We hope that you will avail of this unique opportunity to view the film before its national broadcast.”