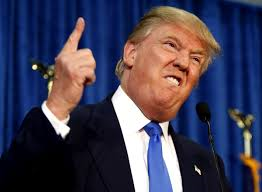 It’s official! Donald Trump has been elected President of the United States

It’s official folks! Donald Trump has become the 45th President of the United States of America in a truly sensational and remarkable election result.

Hilary Clinton phoned Donal Trump at 2.30am to concede she had the lost the race to the New York billionaire.

Clinton was odds-on to win the election and become the first female President to ever take office in the White House.

However, the campaign and her political career has ended in disastrous fashion as Trump won by a landslide in the most surprising presidential election result in American history.

Trump stormed to victory in the battleground state of Florida and that was a key turning point.

The billionaire Republican won the Sunshine State to open up a possible path to the White House – and when he took Pennsylvania it ensured he would become the next president.

Trump also won the crucial swing states of Ohio and North Carolina as the world tries to comprehend just what the hell American voters were thinking.

Trump’s campaign was built on xenophobia with one of his popular policies among his supporters is the idea of him constructing a wall to keep Mexican’s out.

Incredibly, which sums up this election in many regards, is that the Hispanic vote has grown since Mitt Romney ran in 2012.

Trump wants to keep American trigger happy with his views on gun control, and that is what it seems the American people want.

The same xenophobic rhetoric that worked for Nigel Farage and his UKIP Party in the UK – when they surprisingly forced through Brexit – and it has repeated itself in the race for The White House.

The ramifications of this result could have a far greater impact than a hard border.

American what where you thinking?