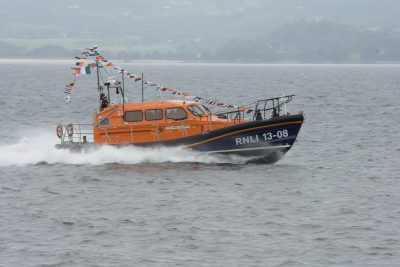 Senator Pádraig Mac Lochlainn has called on the Government to introduce legislation to put the Irish Coast Guard service on a statutory footing.

Senator Mac Lochlainn made his call today in the Seanad in response to concerns about the future of the service.

The Inishowen politician said “The Irish Coast Guard is one of the four primary response agencies in the State along with the Garda, the fire service and the ambulance service. Of these, the Coast Guard service is the only one that is not legislated for in the state. It is long past time to put them on statutory footing with a standalone status, properly resourced, and with a chain of command structure.

“In any given year, the Irish Coast Guard expects to handle around 2,500 maritime emergencies, assist some 4,500 people and save the lives of some 200 people. They often operate in treacherous conditions to save those lives.

“These are serious responsibilities and the 950 volunteers around our coast need immediate reassurance about their future. They need the same statutory framework and respect as all other emergency response personnel.”