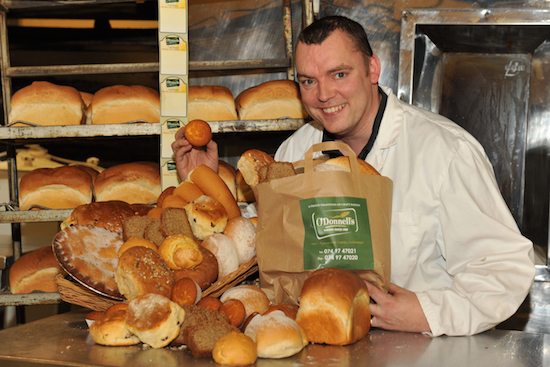 O’Donnell’s Bakery and Irish Gap Year will join 15 other businesses on a trade and investment mission to the United States this week.

The businesses will join civic leaders and officials from across the northwest on the largest ever delegation to Boston, Massachusetts.

The delegation is being jointly led by the Cathaoirleach of Donegal County Council Cllr. Terence Slowey and the Mayor of Derry, Cllr. Hilary McClintock. Along with both councils, other participating organisations include Udaras na nGaeltachta, Invest NI, Enterprise Ireland, Ulster University, Letterkenny Institute of Technology and the North West Regional College.

O’Donnell’s Bakery has been in business since 1969 and is a traditional craft bakery with a modern twist. Owner Andrew McElhinney is using the Boston trip to develop his export market: “We’ve recently started exporting our Wild Atlantic Wheaten to New York and it’s going down a treat in restaurants and shops in America. So much so, that we’re now looking to develop contacts and expansion opportunities in Boston and other cities along the East Coast – this trade mission will help us do that”.

Based in Bundoran, Irish Gap Year is a small Irish company that provides cultural and adventure gap year and summer teen programs for young people from the US. The business employs five people and is one of only a few gap year providers in northern Europe.

Founder Killian O’Kelly says: “We’re visiting Boston to re-connect with contacts made during previous trips to the States, while also hoping to foster connections with Ivy-League universities, including Harvard.”

“We provide universities and students with a well-structured, organized and educational overseas program all based from our business in Bundoran. We’ll be highlighting our unique combination of a strong, educational format with a fun and experienced-led structure that utilises all of the great natural resources on offer in Donegal”.

Michael Tunney is Head of Enterprise with Local Enterprise Office, Donegal County Council and he says the trade mission is about making connections with key influencers in America: “Historically, the northwest region has strong links with Boston, and this trip is about reaching out to the city’s business community, reminding them that we offer an attractive mix of skills, infrastructure and excellent support services for any company establishing operations in Europe”.