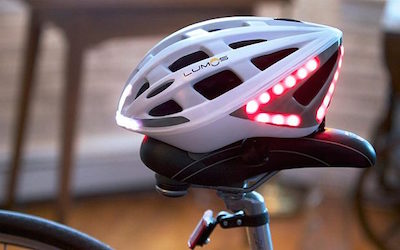 A well-known Donegal road-safety campaigner has urged the Government to act immediately after a campaign found that school-lockers are not big enough to store cycle helmets.

Mary Clinton, of ACEART, has said the glaring error is forcing children across Donegal and the rest of the country to leave their cycle helmets at home.

The study found that lockers in most local schools are not big enough to hold the helmets.

She has now contacted all Government Ministers pleading with them to address the situation.

Ms Clinton said she was contacted by the grandparent of a child who cycles to school everyday but who cannot fit their helmets in their lockers with their books.

She has carried out extensive research and found the nine out of ten schools do not provide lockers which can accommodate helmets.

She contacted the Department of Education in Athlone but was told that they could not address her issues as the Department only funded the lockers and did not make them.

Ms Clinton has now demanded that the Government look into the issue as a matter of priority.

“I simply cannot believe in this day and age that children are not being encouraged to wear cycling helmets. If children have nowhere to put their lockers during school then they will not wear them.

“It is a simple safety issue and yet it is being ignored. And it is only getting worse with the long winter nights now drawing in.

“Ia m hopeful that the Government will come back to me on this urgent matter for our children sake and safety,” she said.