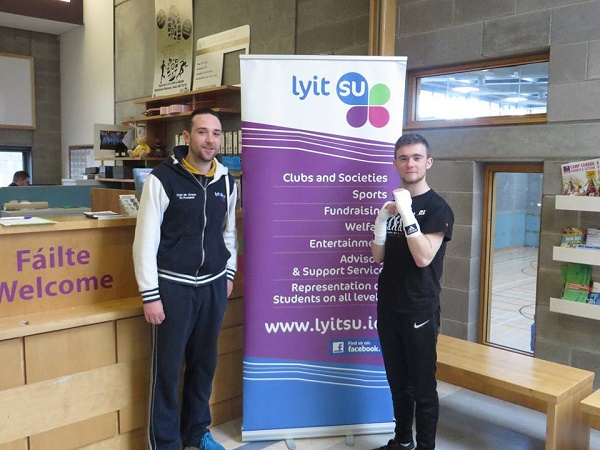 LYIT student Ethan O’Domhnaill will be travelling to the European Elite Boxing Championships with Team Ireland on the 22nd of November.

Ethan, from Cloghan, will be Donegal’s only representative at the competition.

He is also the only lightweight boxer to qualify to compete for Ireland this year.

Boxing legend Jason Quigley has extended his support to Ethan, saying; “Best of luck to Ethan O’Domhnaill who will be representing Ireland at the European College Championships and also the Lyit Su , go and smash it lad!”

LYIT Student Union say; “We wish him the best of luck in the preparations leading up to the event and hope he brings the gold back to the hills.”