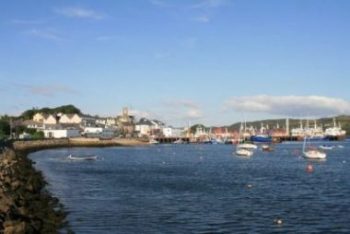 The port at Killybegs has no protection officers to stop smugglers bringing drugs into Ireland, according to Sligo/Leitrim TD Tony McLoughlin.

Illegal and dangerous drugs are coming into the county via the West Coast, the Fine Gael TD said, and people living in the region have been caught in a battle between drug smugglers and Irish officials.

Speaking to the Dail last week, Deputy McLoughlin said that the Revenue’s Cutter boats operating on the West Coast are not enough to cover surveillance and interception.

Killybegs’ deepwater port has no Revenue drugs protection personnel in operation, the deputy was advised. “This is despite the fact that boats of any shape or size can arrive and leave this port at any time of the day,” he stated.

McLoughlin called for increased funding for drug surveillance operations to protect sea and air access to the West of Ireland.

Deputy McLoughlin was advised that there is no dedicated drug detector dog at Knock Airport since the previous dog died in March 2016. Furthermore, he was advised that are no permanent Revenue drug detection staff at Ireland West Airport Knock at all.

“The issue is of the utmost national importance as drug smugglers and the international drug gangs continue to wreak havoc in this country on a daily basis,” he said.

“It is an important issue for people living on the West of Ireland who are on the frontline of this importation battle between drug smugglers and Irish officials.

“It is very important for the Garda and Revenue officials in the North West of Ireland who have been expressing to me personally their deep concern with the lack of drug surveillance operations at our ports and airports.”

He highlighted the recent drug discovery in Co. Clare as a key example of the dangers at hand. A 75-kilo haul of cocaine valued at approx  €5 million was discovered after it washed ashore last month.

This incident raised the concerns of McLoughlin once more, who said “the West of Ireland can and is being used as a drug channel by drug cartels.”

The deputy called on Revenue to increase its presence at the ports and airports on the west of Ireland in order to tackle drug transportation networks in the country.