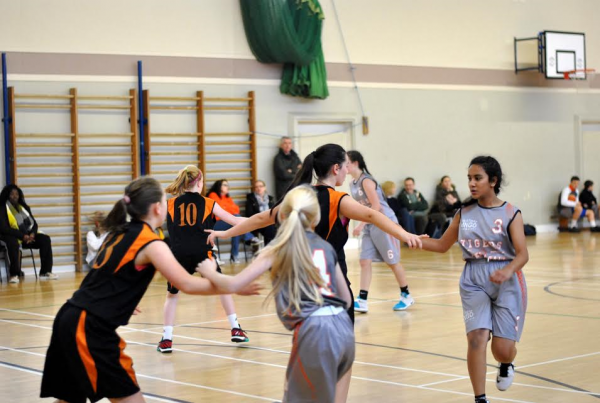 Letterkenny U14 girls ‘blaze’ a trail against Tigers

UNDER 14 GIRLS IN DAZLING FORM: The U14 girls dawned the court against Andersontown Tigers for their first home game of the season on Sunday morning.

This game was hot on the heels of their first seasonal BNI league game after the team travelled to Queens PEC on Saturday 12th November to secure the win and showed great commitment and willingness to learn, with the majority of the girls staying on in the Loreto Convent for their usual training session when arriving back in Letterkenny.

The Blaze girls displayed a very good team performance in Queens PEC by controlling the game from the start.

On Sunday, the Andersontown Tigers fixture on home court was a fast paced game from the start, with the away team scoring from the tip of.

However, the home team proved the stronger side in the first quarter by finishing out with a score line 18 pts to 9 pts with Shannon Cunningham dominating the boards for Blaze and assisted by scores from Megan Mc Daid, Rhianna Devenney and Maria Kealy.

In the second quarter, Sinead Otoo, Rachael Sullivan, Tiegan Smith and Emily Mullen all contributed to the score line, resulting in the home team finishing the first half with a 16 pt lead (HT Blaze 27 pts, Andersontown Tigers 11 pts).

Tigers, recovering from their journey to Letterkenny, settled better into the 2nd half and were gaining strength minute by minute.

Emily Rodgers Duffy consistently upset the Blaze defence with strong drives to the board and showed her athleticism under the boards.

Megan Bonner, Kayleigh Mc Guinness and Annie Mc Clintock all worked hard in the 3rd quarter. Blaze, who were struggling for scores, were relieved when Maria Kealy’s 3 pointer found the net and gave the home team a much welcomed score.

The 3rd quarter finished Blaze 36pts Andersontown Tigers 21pts. Not happy with the deficit, Andersontown Tigers increased the intensity in defence and put pressure on the home side.  Emily Rogers Duffy, again proving to be a strong force for the visiting team secured 8 points for her team.

Sinead Otoo (Blaze)  remaining calm throughout, performed trojan work for her team at both sides of the court. 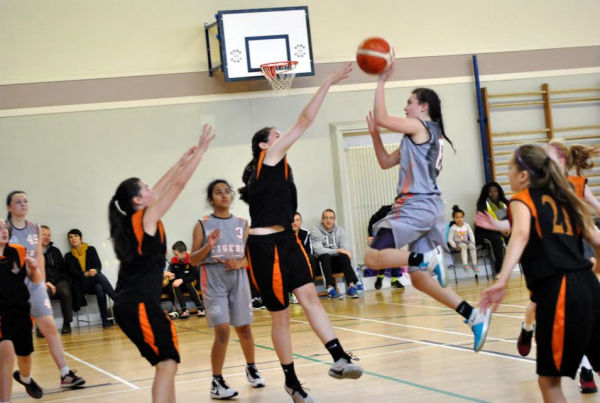 Blaze were successful in keeping the lead against the Andersontown girls who displayed a “never beaten” attitude from start to finish.

Blaze girls look forward to the return fixture when these 2 teams meet again.

Thanks to all the supporters who came out to get behind the home team.

Elsewhere, other weekend results Under 14 boys travelled to Queens and came away with a win with a slim margin of 28-26.

Meanwhile, an under strength U18 boys team travelled to Ballyshannon.

Points from Ian Bagasala and P J McBrearty brought the game to within 1 point.

However, Ballyshannon rallied to win 40-28.  Under 16 boys were in action also against Andersonstown Tigers.

In what was an extremely competitive game, the boys worked really hard and were unlucky to come away with a lose of 2 points.