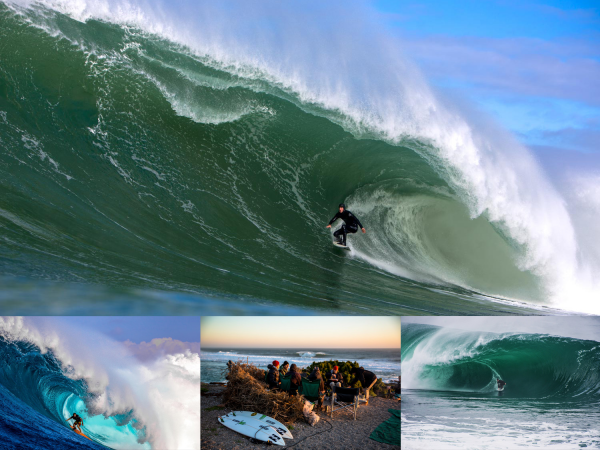 Surfing film to make a splash in Bundoran

A high-action film about surfing and travel will be given a special screening next week in Bundoran – our very own surf capital.

Risky Business is a surf film about big, risky waves from the four corners of the world. It stars South African professional big wave surfer Matt Bromley. The 25-minute film will be shown at the Eclipse Cinema Bundoran at 6pm on Friday 25 November.

The fast-paced film captures the journey of South African surfer Matt Bromley and filmer Guy Macindoe while they travel to some of the riskier places on earth in their pursuit of surf perfection.

Their amazing water adventures see them surfing between icebergs in Iceland, charging massive mountains of water at Jaws in Hawaii, and dropping into near-dry tubes over unforgiving ledges in Africa.

The film shows the risks behind the reward of chasing global swells on a shoe-string budget, all the while living every surfers’ dream for a year between South Africa, Europe, Hawaii, Iceland and Indonesia.

Risky Business will be inspiring the audience at Donegal’s coast in Bundoran to stretch the boundaries of their own capacity, flee their comfort zones, and chase all things bigger and better.

The creators Matt and Guy both stretched themselves to make this film a reality; travelling in debt and in fear of not knowing what was around the next swell.

All their equipment was stolen in Portugal and they suffered many other hardships along the way, but as Matt reports, “It was worth every moment of risk, and made the journey and experience that much more unforgettable.”