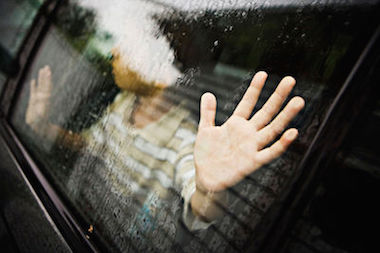 Gardai say they are treating very seriously an incident in Kerrykeel during which a man approached a young boy on a bicycle.

It is understood a man in a van approached the young boy at around 9pm on Sunday evening.

The man slowed down and then told the boy to get into his van.

The man was described as wearing a hooded top and spoke with a local Donegal accent.

The boy managed to run away and told his family about the incident straight away.

No sign of the man or the van, possibly a Renault Kangoo van, was found when an alert was put out straight after.

Garda Superintendent David Kelly of Milford Garda station, whose team are investigating the crime, said they are taking the incident very seriously.

Anyone who may have noticed anybody acting suspiciously in a white van in the Kerrykeel area on Sunday evening to contact Milford Gardai.