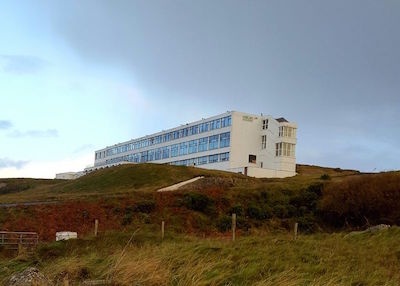 One of Donegal’s best-known hotels has been put on the market at a knock-down reserve price of €590,000.

An Ostan, Gweedore, is to go under the hammer at at AllSops auction in Dublin.

The 32 bedroom hotel, which has its own leisure centre, sits on a stunning site of 76 acres at Bunbeg.

When it was opened the hotel was a hugely popular venue for weddings and other functions because of its stunning location.

There are now hopes that if the hotel is re-opened, it will bring a much-needed jobs boost back into the area.

The auction takes place in Dublin on December 13th.