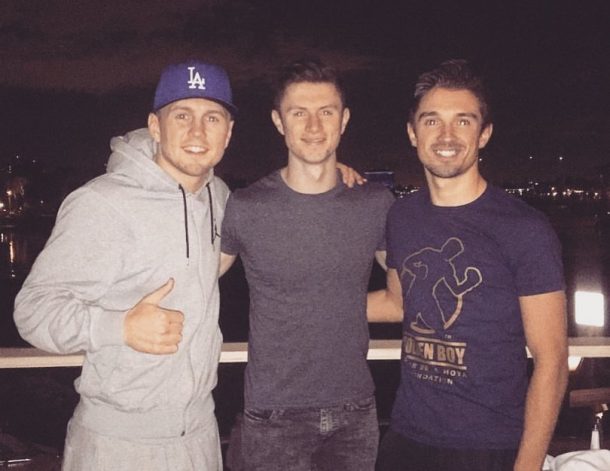 Jason Quigley has revealed that he turned down an offer to spar with UFC kingpin Conor McGregor.

Following McGregor’s surprise defeat to Nate Diaz – he and and his team decided to enlist the help of professional boxers in his training camp ahead of his rematch with Diaz.

Quigley was asked to help them out, but he was unable to do so due to a conflict in schedules.

However, Golden Boy Promotions rising star has said that he would help him out in the future – especially if a superfight with Floyd Mayweather materialized.

Quigley is an outstanding fighter and he is forging a career for himself in professional boxing under the tutelage of Oscar De La Hoya.

The Finn Valley man has made a perfect start to his professional career and has won all of his eleven bouts.

He is in back in the ring in just over three weeks time when he appears on the card for the farewell of one of boxing’s greatest ever fighters Bernard Hopkins.

Quigley is in training in LA, but spent time recently with his good friends – Cork City captain Johnny Dunleavy and Kevin Gillespie who also hail from the twin towns.