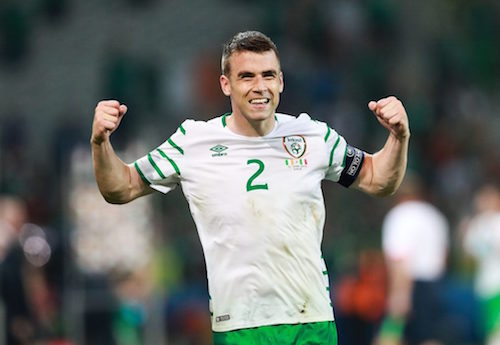 The Republic of Ireland have jumped a massive 10 places to 23rd in the latest FIFA World Rankings.

The ranking released yesterday shows Ireland move from 33rd up to one place behind Netherlands in 23rd under the captaincy of Donegal man Seamus Coleman.

James McClean’s goal in Austria that saw Ireland come away with three points and top spot in the group was a huge contributing factor for the huge leap.

Down to that win we have in fact jumped the Austrians and from our group only  top seed Wales lie above us in 12th.

The Welsh sit a single place above England, Northern Ireland have gone up four places to 32nd and Scotland are down to 67th.

Argentina are ranked as the best team in the world ahead of Brazil, Germany and Chile.

Ireland’s next qualifier is in March against Wales so we will be sitting high in the rankings going into the new year.