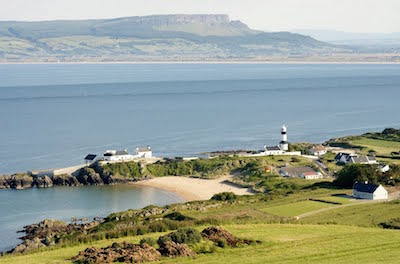 Plans for Donegal ferry runs aground

The future of the Lough Foyle ferry service is once again in jeopardy after the current provider served notice to quit the Greencastle to Magilligan route after only four months.

It is understood that Rooskey Frazer and Company Ltd has decided not to take up the option to provide the service in 2017.

The company, which is registered in Limerick and runs a ferry service in Carlingford, had won the Foyle tender process in May.

The firm signed a three-year contract but only ran the cross-border Inishowen service from July 6 until October 15.

It is understood that Donegal County Council and the Causeway Coast and Glens Borough Council will shortly initiate a procurement process to select a replacement operator for the service.

Both councils will now be keen to avoid a repeat of the long drawn-out process earlier this year, which saw the contract only going out to tender at the end of April despite the fact that the previous company signalled its intention to quit last November, some five months earlier.

Any new ferry operator must pay an annual rent of £1,250 as well as 0.5 per cent of turnover to the Queen of England, with the Crown Estate claiming ownership of the Lough Foyle sea-bed.

The red-and-white Foyle Venture vessel is currently docked at Waterford and is understood to be moving to Carlingford soon.