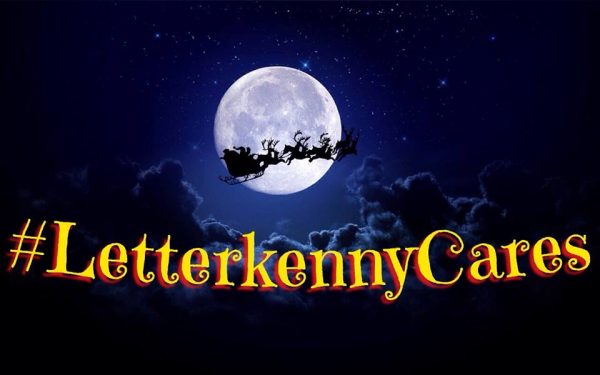 A special music video will be launched this Thursday in Letterkenny to raise money for two local charities over the festive period.

The Christmas Spirit LK Team will release ‘Put A Little Love In Your Heart’ in aid of the Donegal Hospice and Pieta House at An Grianan Theatre @6pm on Thursday, the 1st of December.

The video was recorded in a variety of local businesses and will have local celebrities and well-known faces making appearances.

The cast has been kept under close wraps up to now, and all will be revealed at the official screening.

The event will be held outside with an outdoor projection show in front of An Grianan.

There will be complimentary mulled wine and mince pies provided by An Grianan Theatre and the cafe bar will be open throughout the evening.

With the Christmas spirit going strong, Santa Claus will be there to say hello you all the boys and girls.

The idea was to raise money for charities at Christmas time by bringing their donation links direct to the public, and all the while spreading some Christmas Spirit through a classic Christmas song.

Fifteen people got involved and gave their time, efforts and talents to help people at Christmas.

Christmas Spirit LK is a charity fundraising initiative established in 2015.

This year’s project is due to be bigger and better than the last. Using the hashtag #LetterkennyCares, they are setting a target to raise €2500 over 25 Days (1st Dec-25th Dec) for two deserving charities this Christmas.

If you would like to be part of this exciting fundraiser email ChristmasSpiritLK@gmail.com