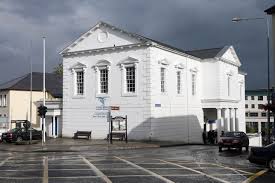 A man asked a Judge to send him to jail because he can’t stay away from the house which he paid for himself.

Daniel Callaghan had been ordered to stay away from his home at Greenhills, Carrigans.

However, Letterkenny District Court heard today how the former carpenter texted his wife Nuala to say he was arriving at the house.

Ms Callaghan left the house and informed Gardai of the situation.

Gardai interviewed Mr Callaghan, aged 60, and he warned them he would be straight back to his home if he was released and he was then arrested.

Callaghan, who was charged with breaching a barring order, told Judge Paul Kelly that he did not want to be legally represented and wanted to go to jail.

“It’s my house bought and paid for by me and I don’t feel I should be kept out of it. I hear what you’re saying,” he told the Judge.

Judge Kelly asked the accused what good sending him to jail would do him.

Mr Callaghan replied “It’s the devil or the deep blue sea and I would prefer a jail sentence.”

Judge Kelly explained to Mr Callaghan that there was a barring order against him and unless he applied to have it lifted, he could not legally go near his home.

He advised him to get legal representation and sent him to jail for 14 days.

Mr Callaghan replied “Thank you” when the sentence was passed.

Man asks Judge to jail him because he can’t stay away from his own home was last modified: December 1st, 2016 by Stephen