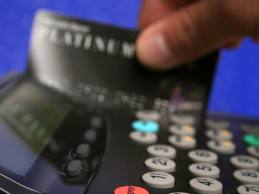 A gang of Dublin-based criminals have swooped on dozens of Donegal businesses in a bogus credit-card fraud yesterday.

The gang used fake credit cards to steal tens of thousands of euro of goods from stores across Letterkenny.

The gang targeted high value goods including phones, laptops and perfumes which could be moved on easily.

Crime Prevention Officer, Sgt Paul Wallace, has today visited a number of the stores which were conned in the organised raids.

He said “We are still trying to assess how many businesses were hit but it was an organised operation by this gang.”

Some of the credit cards were cloned while others had been stolen and moved on.

As well as credit cards, Gardai are warning of a glut of fake €50 notes sweeping the county.

Sgt Wallace is appealing with business owners to make staff aware and familiar with fake €50 notes and other notes.

He added “These people will try to target who they believe is the most vulnerable person in the shop and that could be a young person or a person in working part-time.

“All staff should be briefed about forged notes and staff should be reminded each day that these notes are in circulation – especially in the busy festive season period.”