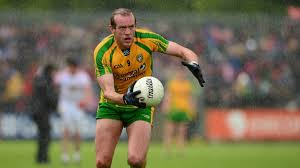 Confirmed: ‘Big Neil’ Gallagher will return for Donegal in 2017

DONEGAL SUPPORTERS received an early Christmas present this evening – with confirmation that ‘Big Neil’ has been given the green light to return to the county colours next year.

Midfielder Neil Gallagher, a real fans’ favourite in Donegal, missed a large chunk of the 2016 season and didn’t play for the county after picking up an injury in a League game against Roscommon in March.

After returning to action, Gallagher starred as his club, Glenswilly, went on to win the county championship.

In an interview with Donegal Sport Hub, Donegal manager Rory Gallagher confirmed that the midfielder will be back in the green and gold again in 2017.

“Big Neil got some good news with the back scan, he’s now very much part of our plans after he got the green light to go back into training again,” he said.

“The back injury led to other wee niggles. It was never anything major that was wrong with Neil as such. It’s just now a matter of making sure he’s 100 per cent again.”