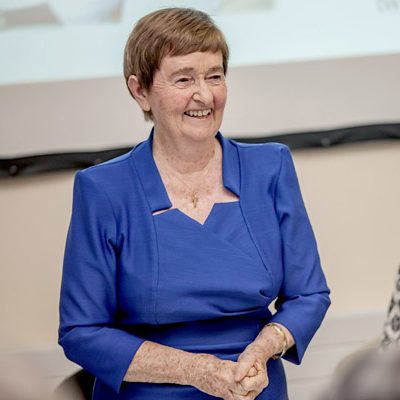 Monday afternoon was a special occasion for Sister Mary Dolores Sweeney as her hometown of Dungloe turned out in large numbers to honour her outstanding achievements.

Local people and representatives came out to pay tribute to Sr Mary’s commitment to the people of Sierra Leone and to acknowledge her as a recipient of a Presidential Distinguished Service Award in recognition of her hard work and dedication to making a valuable contribution to improving the lives of others.

At the special reception hosted by the elected members of Glenties Municipal District, Cllr Marie Therese Gallagher, Chair of the Municipal District paid a special tribute to Sister Mary saying “I am delighted to be in a position to welcome Sister Mary to Dungloe Public Service Centre today. Sister Mary has dedicated her life to ensuring that the disadvantaged and hearing impaired children in Sierra Leone get every opportunity to receive an education in a safe and welcoming environment and it is only fitting that we honour her achievements with this special reception”. 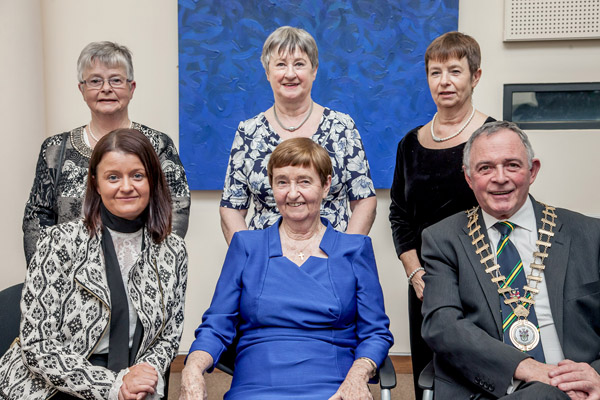 Cllr. Terence Slowey, Cathaoirleach of Donegal County Council expressed his delight at being in a position to honour Sister Mary and said that “it is highly appropriate that this ceremony is in your native Dungloe, a stones throw away from Sweeney’s Hotel and in the heart of the Rosses”.

Sister Mary Sweeney left for Makeni in Sierra Leone shortly after taking her final vows in 1972 and became Head Teacher of a school with 800 students. After 9 years she began working with young children suffering from Polio, bringing them to a Dutch Charity in Freetown to get them fitted with callipers. 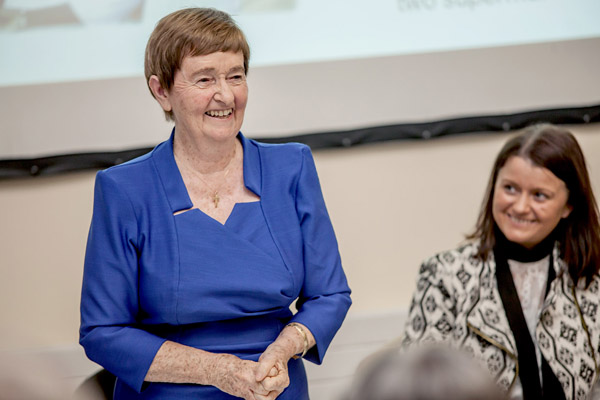 As the school developed she began to take in more and more children with disabilities including those with hearing and sight disabilities. In 1979 she returned to Dublin and undertook a scholarship which allowed her to train as a teacher of hearing impaired children, a skill she took back to Sierra Leone and which allowed her to set up a school for hearing impaired children something that she dedicated her life to ever since. The school founded by Sister Mary today caters for over 250 children with hearing disabilities.

Back in 2005 the new Catholic University was founded in Makeni which offered from the start a Special Needs Education programme to train teachers to work with children with all disabilities. This was a significant achievement as in Sierra Leone disability was often seen as a curse. 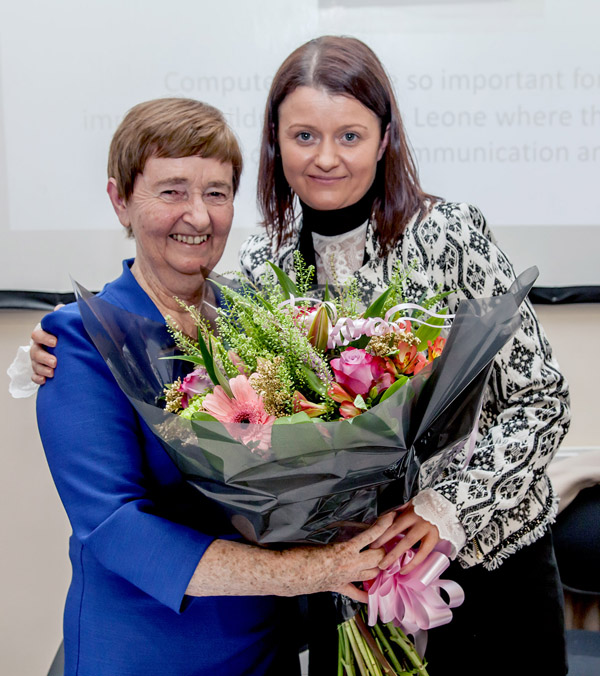 The Civil War in Sierra Leone which began in 1991 had a major impact on Sister Mary’s work and herself and her team were forced to leave. It was 2002 before she was able to return to Makeni to carry on her work.

Another major challenge faced by Sister Mary and her team has been the Ebola crisis which began in 2014.

Cllr Slowey said “Sister Mary you have over the years acknowledged that much of your work could not have been carried out without the support of the people of the Rosses and Donegal. That is why it is so nice to be able to honour you here today in your own beloved town of Dungloe”. 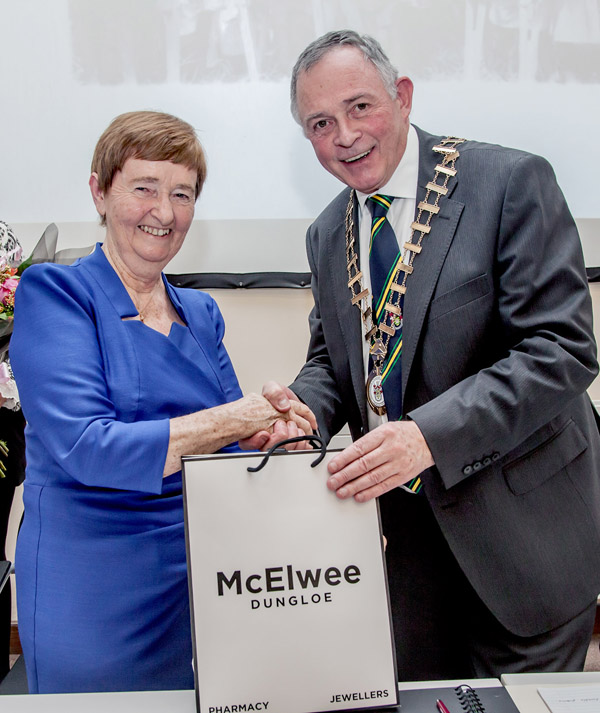 He added “Last Thursday you were presented with a Presidential Distinguished Service Award under the Peace, Reconciliation and Development category in recognition of your lifetime of work and dedication in improving the lives of hearing impaired children in Sierra Leone. You are a remarkable individual who has selflessly dedicated your life to the service of others, often in dangerous and challenging environments, you are indeed a most worthy recipient of the Presidential award”. 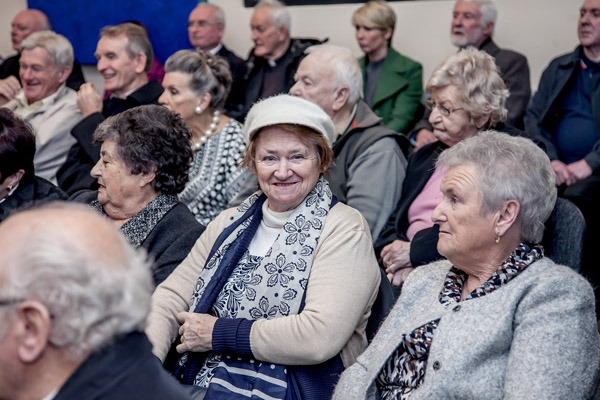 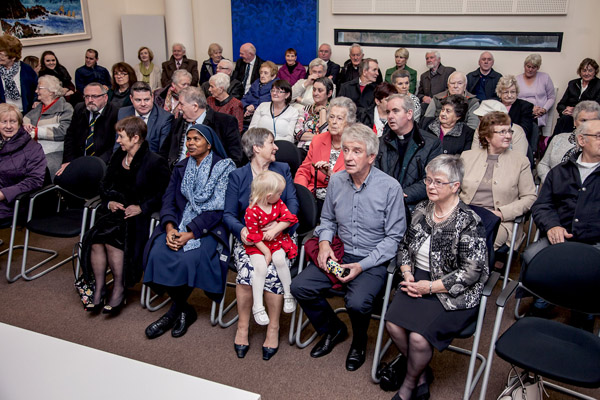 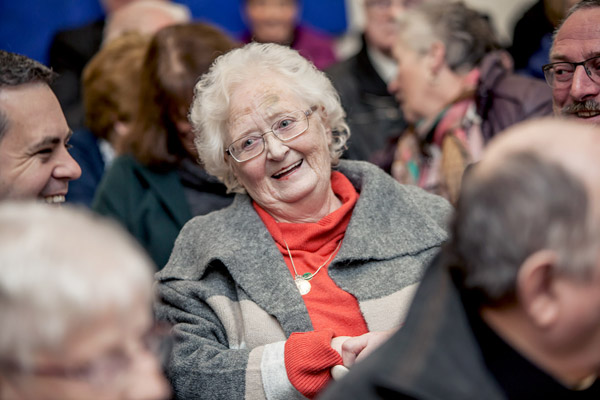 She spoke at length about life in Sierra Leone and how difficult it is at times for the people living there however, she believes that the people of Sierra Leone have great positivity and are very resilient and despite all the challenges they face they never give up hope of a brighter future.

She also spoke about the harrowing impact the Ebola crisis has had on the country and how devastating it was for families to loss their loved ones and not be able to perform their end of life rituals which were so important in their communities and she talked of the pain that this caused.

Sister Mary said that even in the midst of this pain, positive things are happening because Cambridge University has set up a research and development laboratory in Sierra Leone and work is underway into looking at where Ebola came from and how it can be eliminated and treated and that this is a positive step forward. 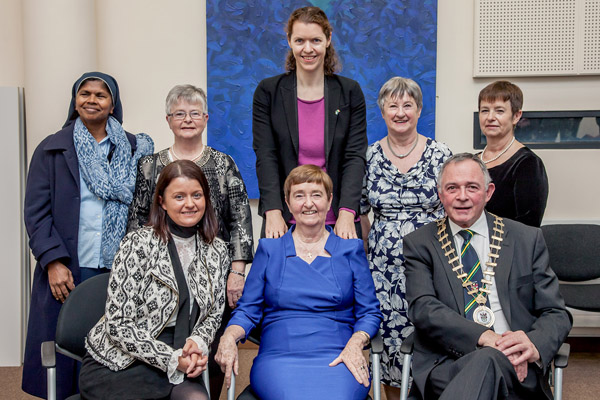 The former Irish Ambassador to Sierra Leone and Liberia, Sinead Walsh and Director of Service with Donegal County Council Michael McGarvey also spoke at the reception and paid tribute to the work of Sister Mary and her team in Sierra Leone.

Sister Mary was also accompanied by her close family and friends including Sister Amala Santiago.

The event concluded with a standing ovation for Sister Mary.