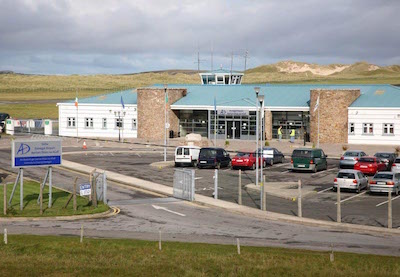 Delight as Donegal and Knock Airports get cash injection

Both Donegal and Knock Airport have received welcomed cash injections.

The grants have been welcomed by Deputy Pat The Cope Gallagher.

Deputy Gallagher said “I have always maintained the case and pressurised the Government for support of regional airports since my re-election to Dail Eireann in the interests of regional development, connectivity and overall access to the regions.

He said the grant of €320,046 was being made under the Regional Airports Programme 2015-2019, which supports these airports with both capital and operational grants for projects and activities in the areas of safety and security.

“The grants announced today provide assistance towards the operational costs incurred by Donegal Airport and are in addition to capital grant funding announced earlier in 2016 and grant aided measures of safety and security investments at the airport.

“The grants announced today are critically important towards the running of the airport and in addition to the provision of Public Service Obligation (PSO) air services on the Donegal/Dublin, which I continue to lobby for in order to sustain the airport in Donegal.

“These supports are very important for airports such as Donegal and for the role that they play in promoting a level of international connectivity to support business, tourism and wider travel access from and to counties such as Donegal,” concluded Pat the Cope.