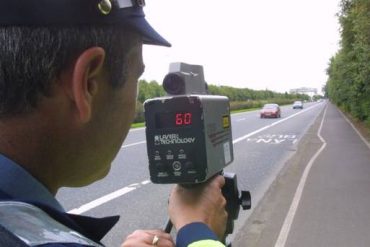 Revealed: Many Donegal drivers are escaping court convictions for speeding

The number of speeding cases being struck out of courts has reached shocking levels, according to new statistics.

New figures released at the end of this year show that almost half of summons for speeding offences were not served since the beginning of 2015.

Across Ireland, there were 66,800 speeding cases listed in the courts between January 2015 and October 2016, more than 30,000 were stuck out. Courts Service data shows that the summons were never served on the defendants.

Summons are not being served because of matters such as inaccurate address data, persons moving address, or living in multi-occupancy dwellings or other settings. Other people have been known to evade the service, said Tánaiste and Minister for Justice Frances Fitzgerald.

The number of speeding cases in Donegal courts compared with convictions is equally low. In 2015, some 43 cases were brought before the court in Donegal Town and just three convictions were made.

In Letterkenny last year, only 90 convictions were made against 479 offences.

Where a summons is struck out not served, the summons can be reissued at the request of An Garda Síochána, so a number of the offences listed as struck out for non-service may have been reissued.

A working group was established by An Garda Síochána to examine how the rate of summons serving can be improved and to regularly monitor the level of summons service throughout the country.

Ms Fitzgerald said: “The increase in the number of road traffic fatalities in the year to date highlights the need to continue to deploy all effective measures to reduce speeding, and therefore road traffic collisions.”