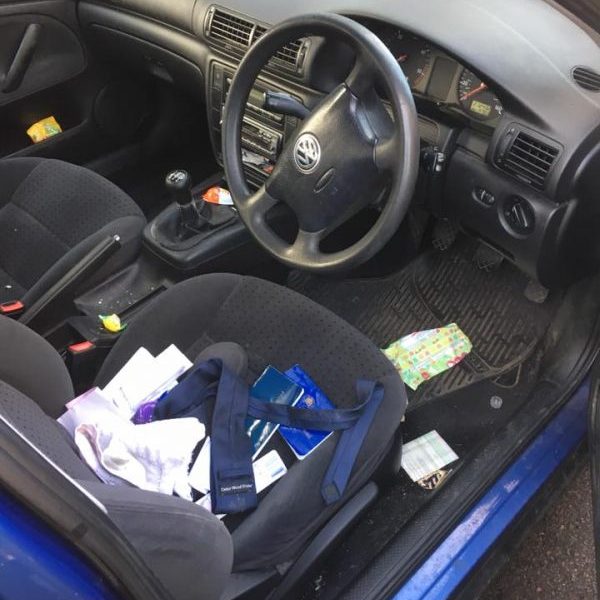 A spate of robberies from parked cars has taken place in the Killea area over the festive season.

The border town has been hit by a series of opportunist thefts in recent days.

The incidents were highlighted by local man Damien Power after his car was targeted on Sunday night.

The thieves took two mobile phones from the car, and then left a path of destruction as they moved on to search a relative’s car.

Posting the images on the Carrigans, Killea & St Johnston Community Crime Alert Facebook page, Mr Power warned people to be extra vigilant and make sure they lock up their vehicles.

“Some dirty lowlife decided they would walk into our drive and ravage through my car looking for valuables last night. They then decided to search through my sister-in-law’s car. Thankfully they didn’t get anything of value apart 2 broken mobiles,” he said.

“Be vigilant… lock everything up and report any dodgy activity.”

Gardai have also warned people not to leave valuables in cars and to report any suspicious activity.