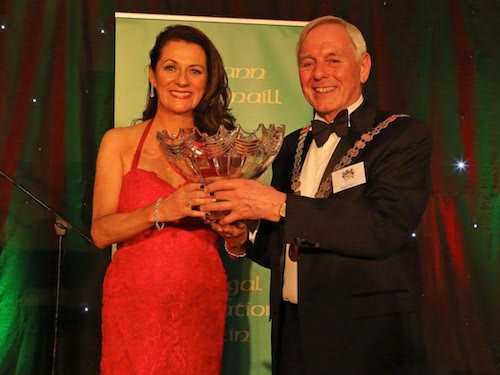 Donegal Person of the Year to be revealed in two weeks – who do you think should win?

THE 2016 Donegal Person of the Year will be revealed in just two weeks’ time.

The Donegal Association in Dublin will announce the latest Donegal Person of the Year at a function in The Black Door on Dublin’s Harcourt Street on Friday 20th January.

The current Donegal Association Person Of the Year is award-winning hotelier Deirdre McGlone from Harvey’s Point.

The Donegal Person of the Year award was first presented to Fr James McDyre in 1978 and has become a popular annual fixture with a gala awards function to be held in March.

The guessing game begins now for the 2016 winner – who do you think should win?

Donegal Person of the Year to be revealed in two weeks – who do you think should win? was last modified: January 6th, 2017 by Chris McNulty
FacebookTweetLinkedInPrint