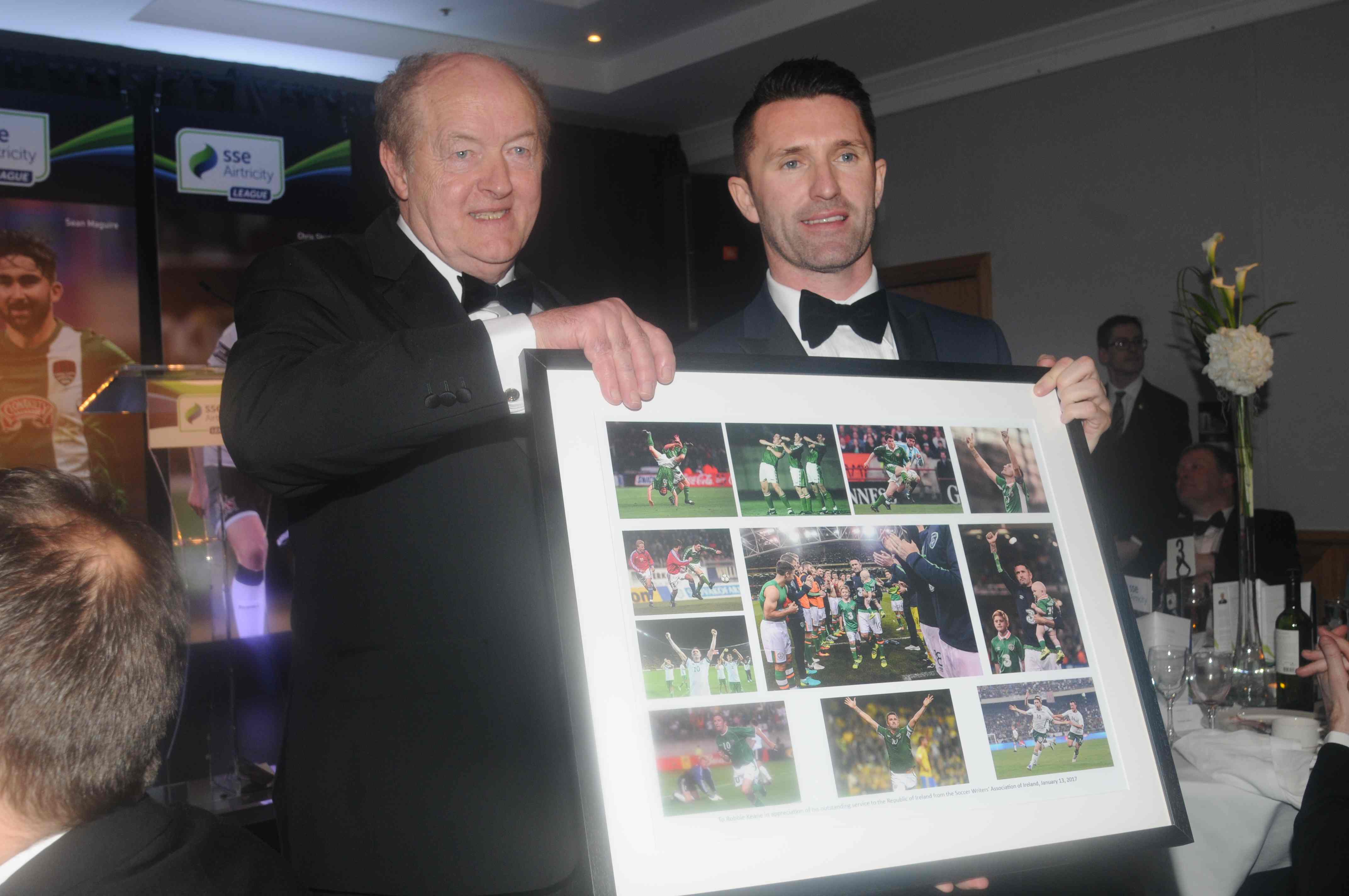 A little history was made at the Soccer Writers Association of Ireland Awards last night, as record Ireland Goalscorer Robbie Keane made a presentation on behalf of the SWAI to Brendan Bradley, the greatest goalscorer in League of Ireland history with 235 goals, the vast majority of which came in the blue and white of Finn Harps. 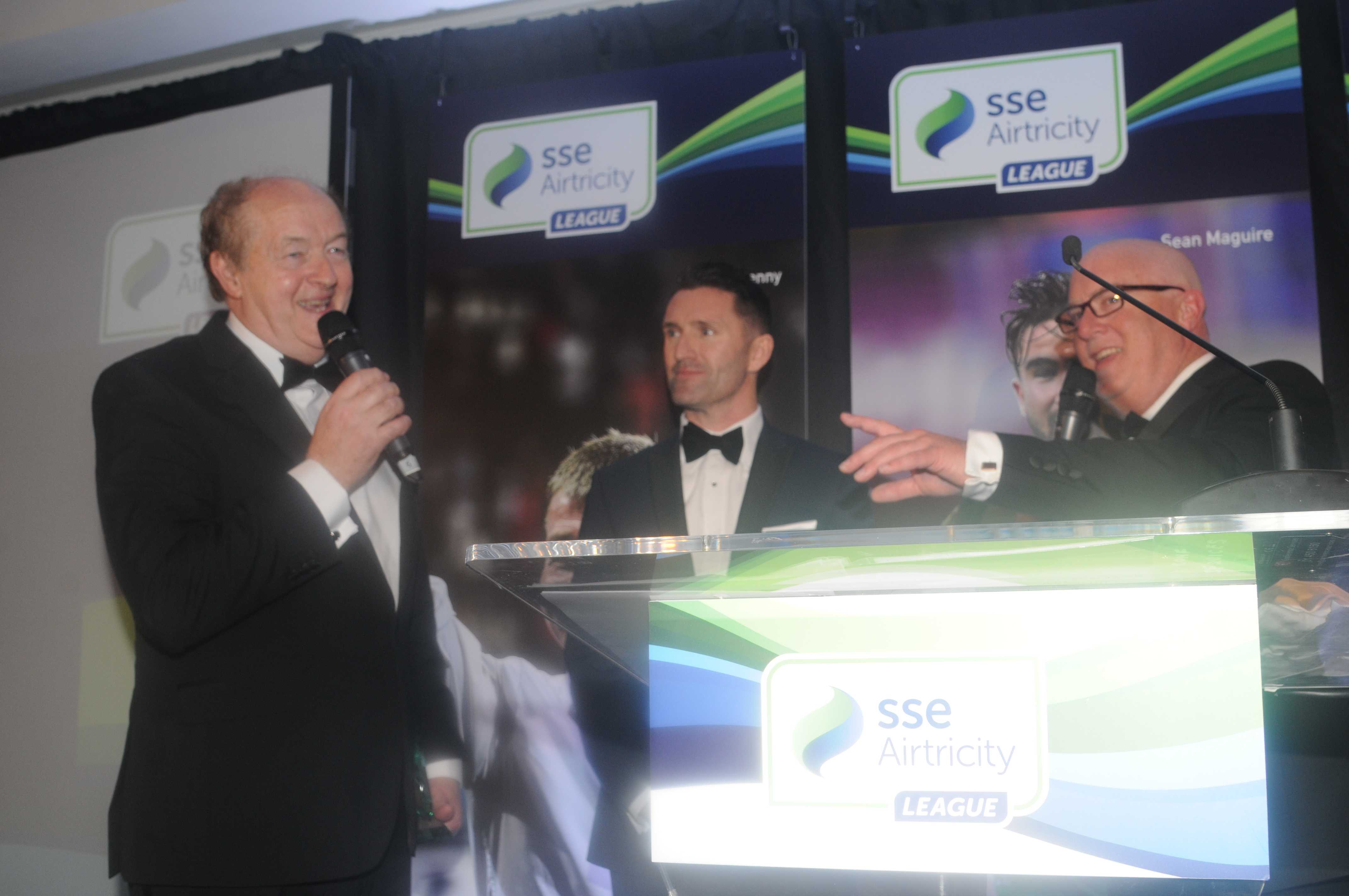 Dundalk scooped the Media Officer prize for which Harps’ own Declan Kerr was nominated.

Well done to Berndan, Declan, and the media team at Finn Harps on their great work!