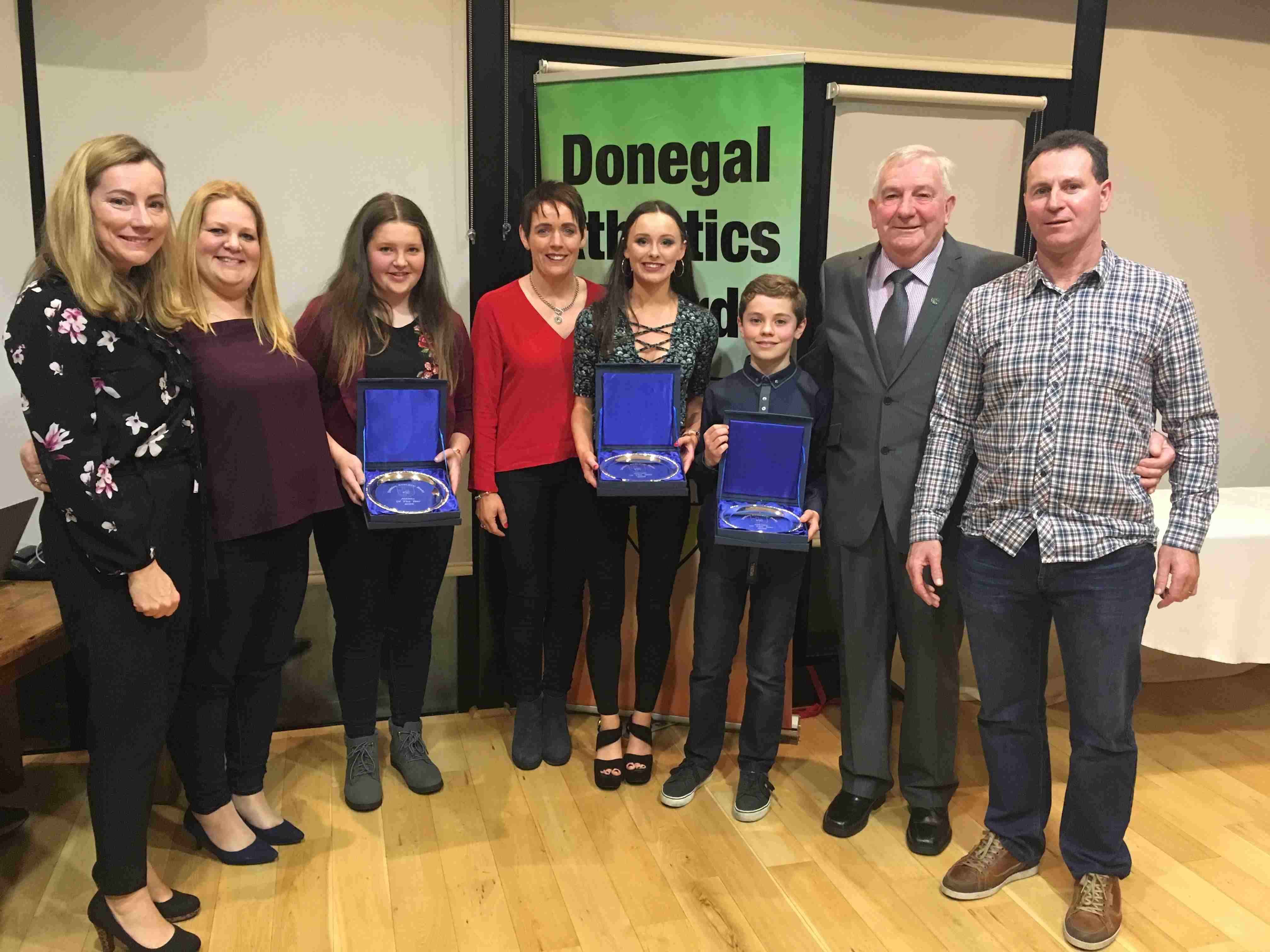 Four of Cranford’s finest athletes; Eoin Kelly, Molly Trearty, Oisin Kelly and Aoife Giles were presented with Athlete of the Year for 2016 awards at the Donegal Athletics Board Awards ceremony at the Finn Valley Centre on Saturday night for their individual successes throughout the year.

Cranford would like to congratulate former Cranford athlete Hugo Duggan on being inducted into the Donegal Athletics Board Hall of Fame, an achievement which is well deserved for his many County, Provisional, National and International titles he won throughout his long career which started as far back as 1964 in Cranford Park.

Well done to all the athletes who received awards on what was a very enjoyable evening.