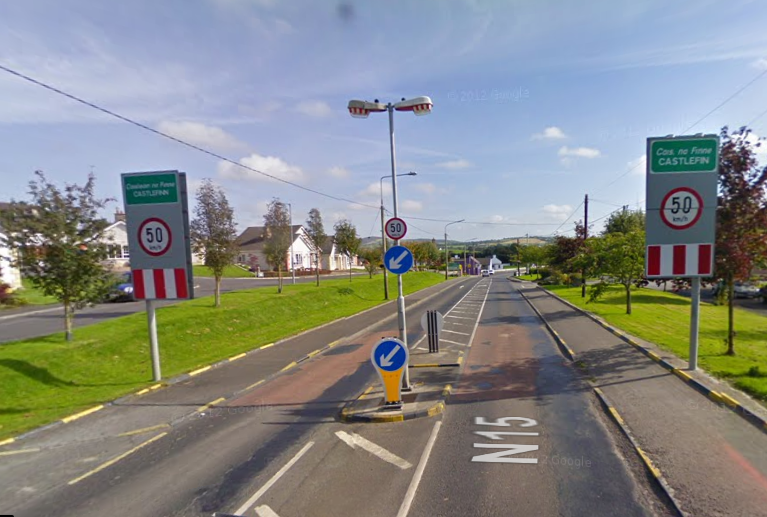 A speed survey carried out by Donegal County Council has revealed that vehicles are breaking the speed limit as they enter Castlefinn and causing a safety concern.

The issue was highlighted recently by local Councillor Gary Doherty.

He now says further traffic calming measures are essential to ensure the safety of pedestrians in the village.

Cllr Doherty said he raised the issue of vehicles speeding on the approaches to Castlefinn late last year and voiced the very real concern he had that a serious accident was imminent as a result of this.

“I am satisfied that these concerns have now been vindicated as a result of this speed survey which was carried out by Donegal County Council. The results of the survey confirm that vehicles are speeding on the approaches and through Castlefinn village, despite the traffic calming measures which are already in place in the form of gateway signage and central refuge islands.

“Donegal County Council have now informed me that a report will be sent to Transport Infrastructure Ireland’s Regional Safety Engineer for consideration of further traffic calming measures and how they can be introduced in Castlefinn.

“In the interim, the Council have reported these speeding issues to An Garda Siochana and have requested additional enforcement in the village in the hope that this will act as a deterrent until the traffic calming measures are in place.

“However, I would also appeal to motorists to slow down and adhere to the speed limit when travelling through Castlefinn and to be mindful of pedestrians who will be crossing the road to access services such as the school, doctors, chemists etc.”