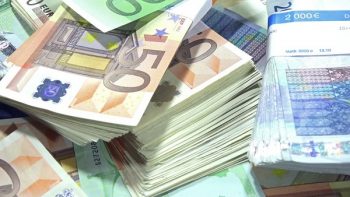 MONEY MATTERS: This week, DD’s Finance columnist Shona Chambers from John McColgan Financial Services says the real way to making your cash work for you is in a slow and steady way.

A fellow Toastmaster gave an inspiring speech on the topic of compound interest at our last meeting and it reminded me of an article I wrote on the same subject last year.

Given that many of us set resolutions in January, I thought it a good idea to share it with you again.

A client of mine asked me ‘How can that projection report show a project fund value of €48,000 if I am saving €400 per month for 5 years?’ She correctly noted that €400 per month adds up to €24,000 over 5 years. I explained the nuts and bolts of how a savings policy works and I also explained about compound interest.

I told her a story about a father who decided to give both of his children a sum of money. He gave the children the choice of a lump sum of €5,000 at the end of the month, or they could have €100 per day with an interest rate of 4% per day compounding, for 30 days. One child chose the €5,000 and the other chose to take €100 per day with interest.

And I asked her the question? ‘At the end of the month, which child do you think ended up with more money?’ ‘The first child of course’ she said without hesitation.  She was shocked when I told her that the second child received the most money. 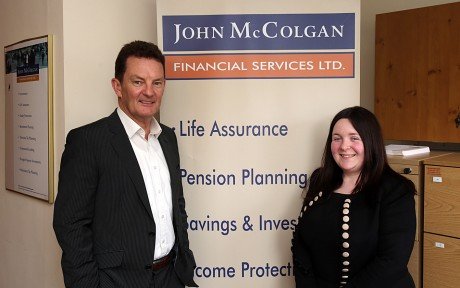 Because of the power of compound interest, the second child ended up receiving €6,157.17 in total. Albert Einstein is rumoured to have called compound interest ‘the eighth wonder of the world’. And compounding is indeed a wonder, given how it can transform modest savings over time into a substantial nest egg.

If someone starts saving at the age of 20, and puts €200 a month for 10 years into an investment fund, she will have nearly half a million euro in that fund by the age of 70, even if she never contributes another penny after she turns 30! This assumes an average annual return of 7%.

Even more dramatically, assume you invested the first two years of your son’s child benefit payment (€130 a month) into a fund that returned 7%. If he did not touch that money thereafter, it would be worth over €320,000 by the time he turned 70. This may seem like magic, but it really illustrates how compounding can boost the value of savings over long time periods.

Naturally, you have to consider factors such as inflation, market volatility, and taxes, all of which can affect the final value of your investments. Savings and investments can be subject to DIRT or exit tax, which can reduce how much of your returns you get to keep.

But the most important thing about saving and investing is that ‘slow and steady wins the race’. It is important to keep your eye on the bigger picture and not get distracted by current government policy or today’s economic news.

If you haven’t made a resolution already, it’s time to talk to me.