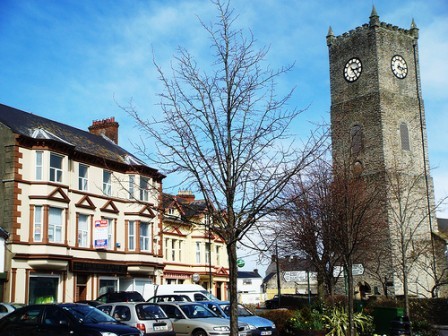 Farewell
The Family Resource Centre would like to bid a fond farewell and safe journey to Youth Worker Keragh O’Donnell who not only leaves the project but also Ireland as she travels to Canada.

Keragh was only with us for a short spell-seven months but in that time she made a considerable contribution to enhancing the lives of children and young people she worked with. Best of luck in Canada, Keragh.

50-50 Bonus Ball
The winner of the weekly Bonus Ball was Saoirse Gallagher. Congratulations to Saoirse! The winning number was 7.

To enter the next Bonus Ball Draw please call into the Family Resource Centre in The Volt House before Saturday of each week. Good luck!

Raphoe Boxing Club
It was a very busy weekend for Raphoe boxers as 8 boxers were in action at two major tournaments. On Friday night in Malin Town, Brendan O Hagan, Danny Buchanan, Eunan Mc Laughlin, Oisin Mc Hugh and Ryan Mc Daid took to the ring. Danny Buchanan turned in an explosive performance when he stopped Dominic O’ Donnell in round 2. Brendan, Ryan, Oisin and Eunan all did themselves proud as all four lost out on split decisions.

On Saturday night in the Ozanam Centre, Dunfanaghy club boxer Liam Mc Mongale had an impressive win over Oisin Wallace, Dungloe, and Brendan O’Hagan can count himself very unlucky to lose out to Bernie Mc Donagh, Dunfanaghy on a split decision.

Danny Duggan turned in a great display of guts and courage only to lose out to Danny Boyle, Dungloe.

The Raphoe Club will be well represented on the Donegal Team v Derry on Friday night in the Buncrana Youth Club as 2 boxers will be in action, Liam Mc Monagle and Oisin Mc Hugh. Good luck lads.

Little Acorns Playgroup
Little Acorns Playgroup is now enrolling for September 2017 & January 2018. Free Playgroup places are available- FREE OF CHARGE FOR 2 YEARS. Eligibility for the ECCE scheme- Available to children aged 3 years up to 4 years and 7 months.  Please call into us to check your child’s eligibility and for enrollment forms or phone 085-8484149.

Raphoe Friday Club
The Friday Club meets every Friday morning in the Volt House Hall from 10.30am-12.30. We would like more in our community to come along and be a part of the Group.

There will be events organised over the summer so come along and join in the craic!

Refreshments are also provided. Transport is available on Friday mornings and if you require this please phone 0749145462 and arrange.

Travel: The five best things about a...