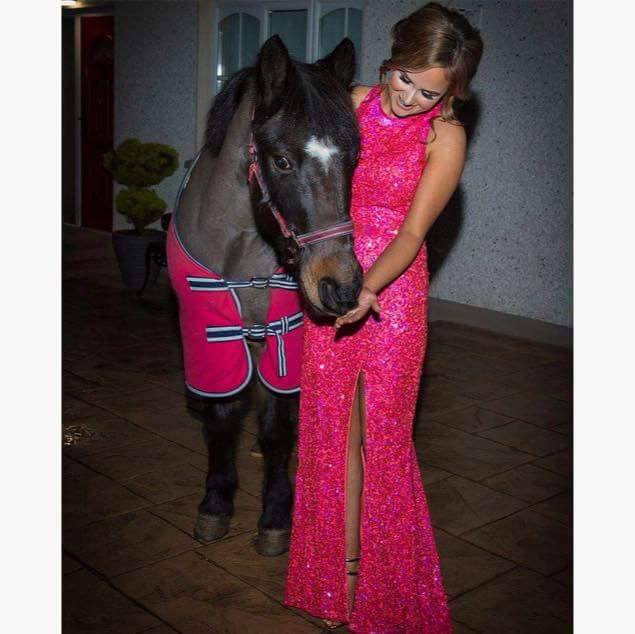 Hannah Orr from Newtowncunningham attended the Royal & Prior prom on Friday night, but before leaving she was sure to get a picture with her ‘mane’ man.

Hannah has owned eighteen year old Bob for nine years, and he was Hannah’s first pony.

Hannah learned how to horse ride on him, instilling her love for the sport.

Bob is very much part of the Orr family. Hannah has been known to ‘horse around’ by bringing Bob into the kitchen – much to the dismay of her mum June!

Although Hannah has outgrown Bob and now has a larger pony, she will never part with Bob.