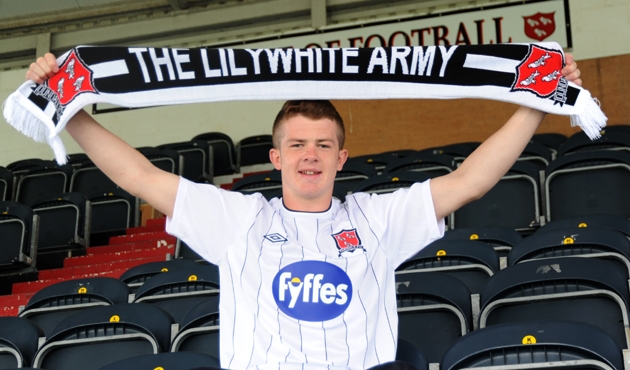 The 20-year-old, better known at Oriel Park as ‘Gazza’, will link up with Ollie Horgan’s tema until July and is expected to feature on Saturday when Harps play Athlone Town in a friendly at Lissywollen.

In July 2015, O’Connor signed an 18-month deal with Dundalk and is highly-rated by Lilywhites boss Stephen Kenny.

O’Connor hit 16 goals for the Dundalk Under-18s in his first season and graduated to the first team squad.

O’Connor has had previous loan spells at Warrenpoint Town and Derry City.

In 2014, he scored five goals at Warrenpoint and he netted three times in ten appearances at Derry in 2015.