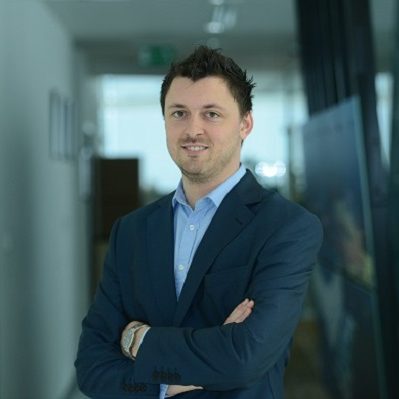 Aaron Mc Daid is a Principal Fire Engineer working on one of the tallest structures in the world. His impressive career is reaching new heights in the Middle East – the Gulf of Dubai – and it all began at Letterkenny IT (LYIT) in Donegal.

The Galway native left school before completing his Junior Certificate but has undertaken quite a journey since then. He now provides fire engineering design services for some of the world’s most challenging projects.

Previously, Aaron had worked in the construction industry after leaving school. He discovered a special interest in 3D-CAD (Computer-aided design) and was motivated to complete his Post Leaving Certificate in Galway. This enabled him to apply to LYIT.

Aaron explained “The path I travelled was a little bit different from the standard but I learnt a lot along the way. LYIT was a natural choice for me as a lot of my family members had attended there in years gone by and the opportunities for progression into higher qualification there is without a doubt second to none” he said.

Aaron gained a strong base of technical knowledge and skills throughout his four years studying at LYIT.

“The Fire Safety Engineering degree is in my opinion one of the best Fire Engineering Degrees internationally, it offers a wide range of skills, in particular fire dynamics and computer modelling.

“As technology improves so does building design, clients and architects want to have more exciting structures and continue to push the boundaries. Fire Safety Engineering is an essential part of this process which make these kind of specialist skills very valuable in the right hands” Aaron said.

After graduating, Mc Daid worked as a Fire Prevention Officer in the Donegal Fire Service. He was then recruited to London and rose through the ranks of a large infrastructure firm before being head hunted for an opportunity in Dubai with a well-known multinational consultancy firm.

Aaron has since joined Design Confidence in Dubai and has a prominent role on the leadership team, where he manages a team of 16 engineers. Design Confidence provides Fire and Life Safety services for complex structures such as super high rise towers and sports stadiums. “In the middle east, a 300m tall tower is considered average”, Mc Daid said.

These monumental projects require strong levels of expertise, having a grasp of which Aaron attributes to his time at LYIT. “LYIT gave me the opportunity I needed to kick start my career as a young professional for which I will be forever grateful. Studying Fire Engineering in LYIT gave me a strong technical base to tackle any problem head on. I believe the essence of third level education to be split into two parts, acquiring technical skills and how to think about a problem objectively. My time in LYIT provided me with both,” he said.

Specialising in Fire and Life Safety Engineering has presented Aaron with many exciting opportunities. He has published several scientific papers and presented at various academic conferences related to fire safety science and infrastructure design worldwide. He has also guest lectured at LYIT and Czech Technical University (CTU) in Prague on topic fire safety engineering.

Aaron developed strong academic skills and gained social opportunities throughout his years of study in Donegal. “Anybody who is considering third level education or currently in a programme should not be afraid to work hard and go the extra mile” he said.

“These days with a competitive employment environment, it is important to distinguish yourself from others with a positive, proactive attitude and a firm commitment to meet goals and objectives,” Aaron said.

Would you like follow Aaron’s inspiring story and build a career in the construction industry? Here is how to lay the foundations of success with the LYIT:

For information about all LYIT courses and admissions, visit www.lyit.ie, email admissions@lyit.ie or telephone 074 918 6000

Aaron’s career is soaring in Dubai – here’s how he did it was last modified: January 27th, 2017 by Rachel McLaughlin
Facebook0Tweet0LinkedIn0Print0
Tags:
Aaron McDaidDesign ConfidenceDubaieducationLetterkenny Institute of TechnologyLYIT