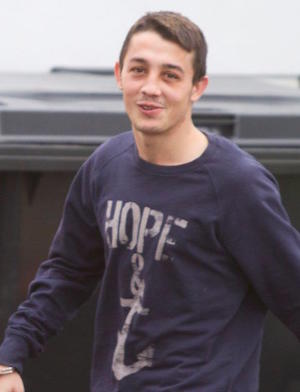 Man who pick-pocketed man on dancefloor of nightclub is jailed

A man who pick-pocketed another man while on the dancefloor of a busy nightclub has been jailed for a total of eight months.

Radu Sava, committed the crime at Voodoo Nightclub in Letterkenny.

Victim Philip Doherty told Gardai he felt a hand in his pocket and saw 20 year old Sava leaving the scene on the night of January 1st last.

He followed him and told security staff what had happened and they detained him before Gardai arrived and found the money on Sava.

Sava, from Swiftbrook Avenue in Tallaght, Dublin, was described as having a “shocking history of theft” by Judge Paul Kelly when he appeared at Letterkenny District Court.

Previous incidents carried out by Sava were also mentioned in court.

He also stole a Nokia mobile phone at Twintown Oils, Cappry, Ballybofey, on February 21st, 2015,
as well as another phone at Hillbillies, Lower Main Street, Letterkenny, on March 17th, 2015.

Barrister Ms Catherine Henry said her client was a translator for his mother and got very drunk on the night and did not know what he was doing.

However, Judge Kelly said Sava had “a shocking history of theft.”

A number of other theft charges involved incidents in other areas of the country.

The court was also told that the accused also had a history of non-cooperation with the Probation services and was at a high risk of re-offending.

“He has utter disregard for the law and for the Probation services,” the Judge remarked.

He sentenced Sava to a total of eight months imprisonment.