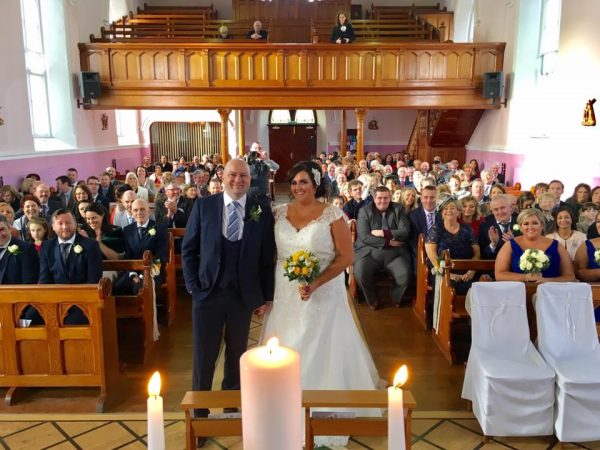 Daniel O Donnell’s niece Patricia Doogan tied the knot with her fiancée Neil yesterday – with quite a unique performance taking place during the ceremony!

Father Pat Ward was the celebrant at the wedding, and the wedding guests showed us what a ‘Catholic flashmob’ would look like!

Singers Derek Ryan, Tony Kenny, Shaun Cuddy, Daniel O’Donnell, Tony Allen of Foster and Allen, and many more all burst into song before joining the couple by the alter.

Jimmy Buckley and Brian McFadden’s sister Susan were meant to be in attendance but had to perform on the ‘Late Late Show’ instead.

The couple got married in Kincasslagh and the reception was in Gaoth Dobhair.