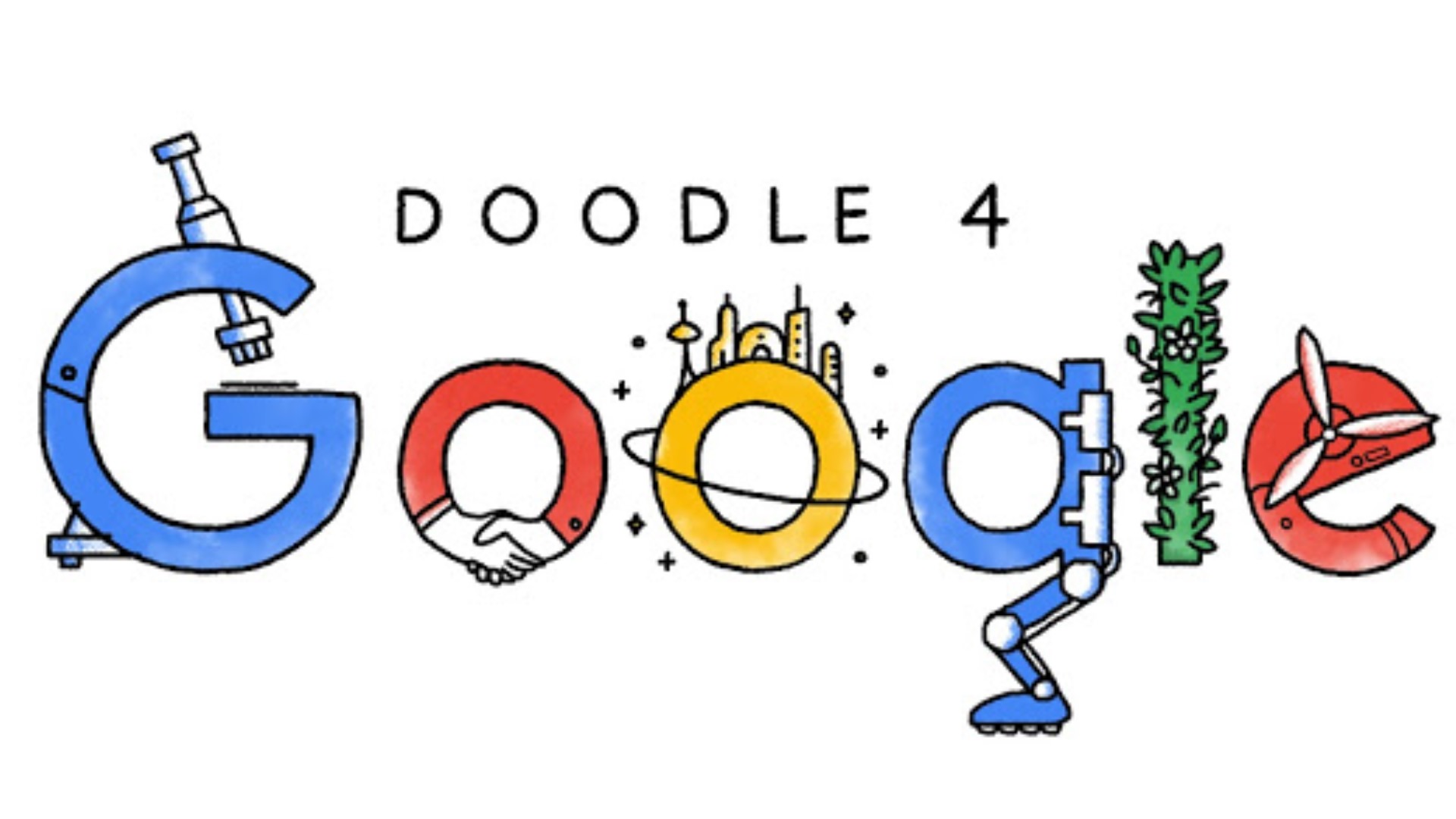 Voting to crown the winner of this year’s Doodle 4 Google competition will open from Tuesday, 7th of February and the public will have just two weeks to cast their votes with the poll closing on Tuesday 21st of February.

Over 4,200 students across the country picked up their pens, pencils and crayons to enter this year’s competition with 75 finalists being shortlisted.

Now, four children from Donegal are still in with the chance of becoming this year’s overall Doodle 4 Google champion.

This year, students were asked to design a Doodle based on the theme of ‘If I could create anything it would be…’ with the winning Doodle appearing on the Google homepage in April.

Speaking of her drawing Rosie Mae said; “I would invent a land of happiness and androids would live there. They would travel in hot air balloons. No bad things happen in this land. They live under a rainbow which is a sign of happiness. The colours spread joy all over the land. Androids work as a team to make inventions.” 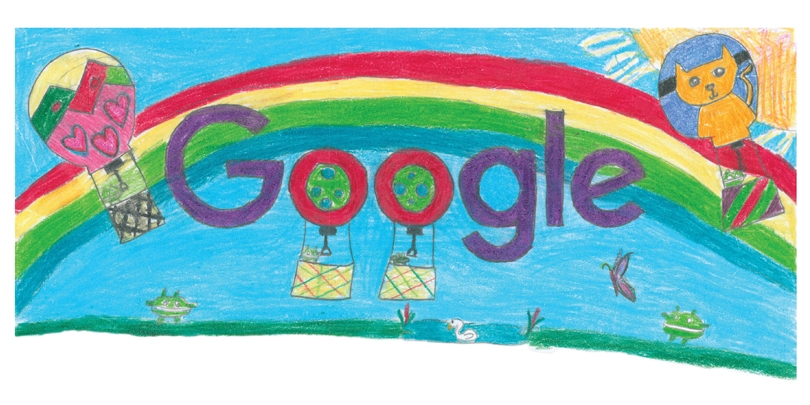 PJ said he wishes for a world where conflict would cease; “If I could create anything it would simply be peace and love around the world, for all war to stop, and for all hatred to just…go away.” 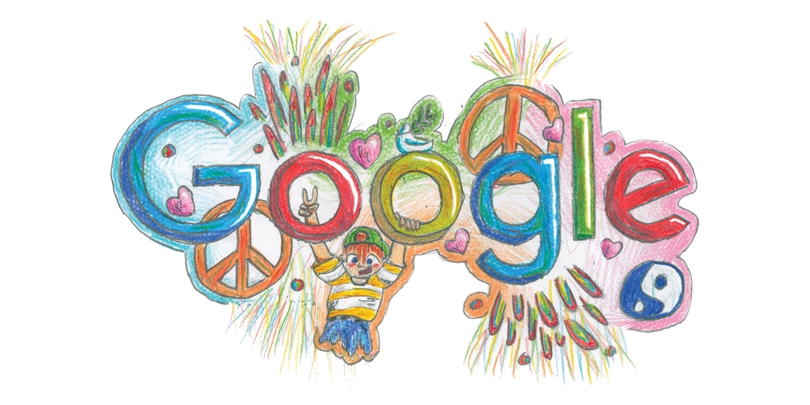 George wishes for a happier environment; “A fresh start. The world is so polluted, animals are endangered, and borders and religion have pushed humans to the edge. If I could create anything it would be a fresh start, a second chance, so we could live in harmony in the natural world, quite similar to Eden.” 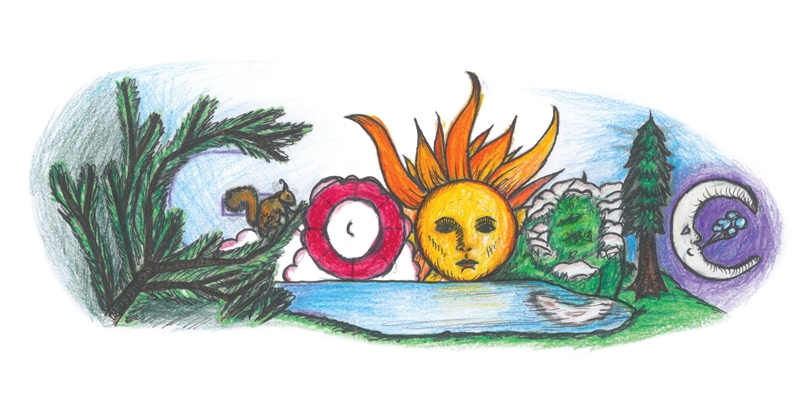 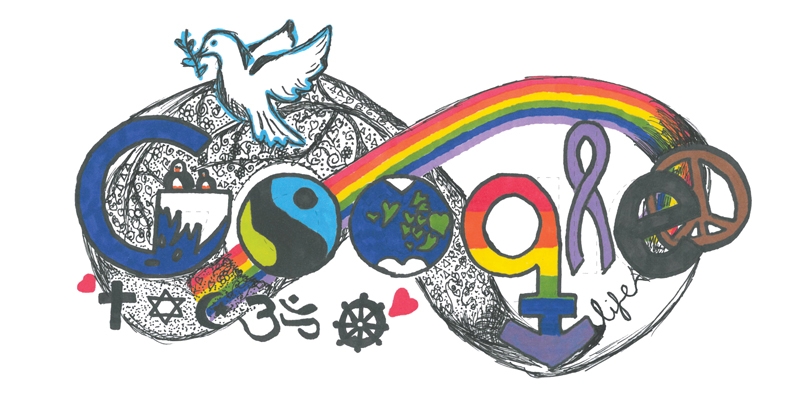 A panel of judges had the difficult task of selecting the 75 finalists from the thousands of entries that were received, the panel included John McDaid, Creative Director of Dog Ears, a children’s media company based in Derry who make TV, apps, books and events for kids, Aoife Doyle Director and Co-founder of Pink Kong studios which is an award winning Dublin based animation studio that creates branded animated entertainment for TV, games, film and Advertising Houses and Dr. Andreas Bandelli, CEO of Science Gallery International.

Members of the public can vote from February 7th for their favourite Doodle on https://doodles.google.ie/d4g/.

Voting will close at midnight on the 21st of February.

The five most popular doodles, one from each age category, will go forward to the grand final on April 3rd where the overall winner will be announced.

Fionnuala Meehan, VP and head of Google in Ireland said, “The level of entries this year has given our judging panel a tough job to do. I really enjoyed seeing what the entrants did with this year’s theme as it gave them the opportunity to create anything they wanted and looking at the entries they show a lot of fantastic innovative ideas. Now it’s up to the public to get involved and help choose this year’s winner by visiting the Doodle 4 Google website and voting for their favourite doodle”.

The winner will also receive a €5,000 scholarship towards their third-level studies, a Chromebook, and a €10,000 technology grant for their school. Each of the five class group winners and their teachers will also win a Chromebook each.

For more information and to vote for the winning doodles go to: https://doodles.google.ie/d4g/