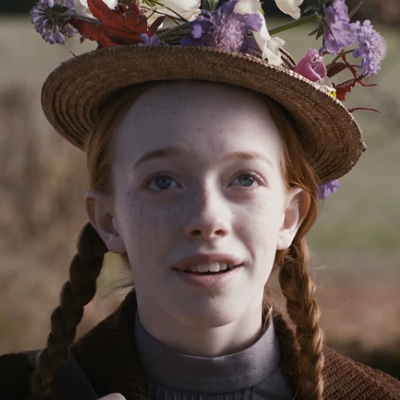 The highly anticipated new dramatic television series is an adaptation of the hugely popular Anne of Green Gables. 14-year-old Irish-Canadian actress Amybeth was cast in the lead role last year, and now the premiere date has been officially announced: Netflix users will be able to stream Anne in their homes from May 12, 2017.

Amybeth beat 1,800 other girls for the starring role in the eight-part series. Producers have said the young actress was chosen to play the feisty orphan because her own character traits mirrored the passionate and lively nature of Anne Shirley.

Breaking Bad’s Moira Walley-Beckett is the lead writer of the series, which will not be a direct adaptation from the original novel by Lucy Maud Montgomery which became one of the most beloved children’s books of all time.

The classic tale, set in the 1800s, centres on orphan Anne, who moves to Green Gables farm on Prince Edward Island, Canada, to live with an elderly brother and sister who become her guardians.

Filming for Anne wrapped up at the end of January and the finished product will be coming to Donegal homes very soon.

Check out the official sneak-peek trailer from Netflix: