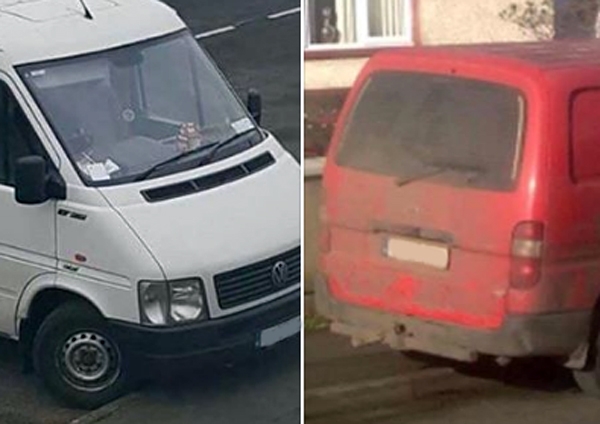 Local communities are on high alert after a number of vans have been spotted acting suspiciously in east Donegal.

Two vans have been noted in the Lifford, Porthall and St. Johnston areas. A warning has been issued to dog owners after reports of thefts and attempted thefts of family pets.

It was reported that a trespasser was challenged in Brandon Park area of St Johnston after approaching a home with two dogs. The male made off in a white van with a northern registration when confronted by the homeowner.  It is thought that this was an attempt to steal the dogs.

Concerned residents and community groups are urging members to report any suspicious activity to Gardai.

Another white Volkswagen transit van registered in the Republic of Ireland has been spotted in the Coleraine area of Derry. This vehicle is suspected of being involved in an incident where a dog was stolen from a house.

A red Toyota Hiace van is also the subject of alerts in Porthall and Lifford. The vehicle is thought to be linked to similar incidents in Nothern Ireland.