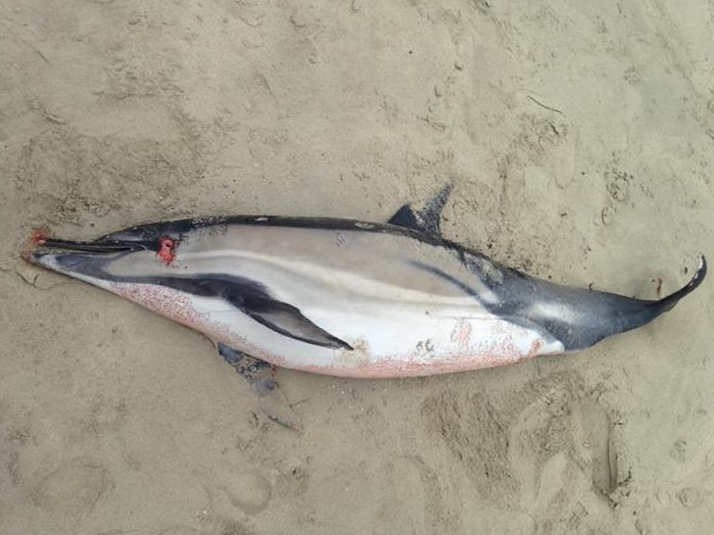 Yesterday morning a dolphin was found washed up on Carrickfinn Beach.

Éamonn Devenney and Paul Harkin came across the dolphin as they were out for a walk. They noticed seagulls on the sand in the distance and were curious, so gingerly approached that part of the beach.

They assumed the dolphin’s body was seaweed from afar, but as they got closer they realised it was a dead dolphin.

According to the Irish Whale and Dolphin Group, 2017 has been the worst year for dolphin and whale strandings, with 56 of the mammals being washed up since the new year.

The number of mammals being washed up has increased five times since the same period in 2010, prompting meetings this week between marine and wildlife experts and fishing organisations to discover why so many dolphins and whales are dying on an ever increasing scale; particularly during the months of January and February.

In 2000, the average amount of the mammals found on the beach was around 30 per annually, whereas now it has increased to 200.

The Irish Examiner reported that pollution, trawler nets, disease, weather, and natural causes can cause the death of the animals, which have been appearing at a rapid scale across Ireland’s coastline.