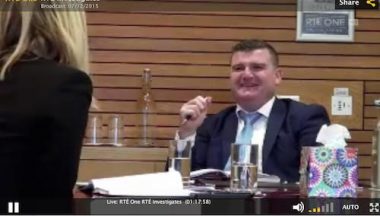 A High Court judge has approved a personal insolvency arrangement for Donegal county councillor John O’Donnell, who has debts of more than €4.2 million.

A meeting of Mr O’Donnell’s creditors had last month had rejected the proposed arrangement.

The Irish Times reports that Ms Justice Marie Baker approved an arrangement which involves Mr O’Donnell paying a lump sum of €40,000 within three months and continuing to pay a restructured mortgage on his family home, with a substantial writedown of the original mortgage debt.

Bankruptcy proceedings initiated by Mr O’Donnell will also now be struck out, the court heard.
Writedown

Under the proposed arrangement, which includes a €140,000 writedown on his €226,664 mortgage, Mr O’Donnell can remain in the family home, a three-bed property at Cluain Ard, Letterkenny.

The remainder of the mortgage of €86,500 has been restructured with the effect Mr O’Donnell has to make monthly repayments of €892.31 over the next 120 months.

Mr O’Donnell has also agreed to sell a three-acre development site worth €10,000, which he co-owns with his brother.

In an affidavit, Mr O’Donnell said he had fallen into arrears on his principal private residence mortgage in 2010.

He had been making contributions towards his debts and trying to engage with creditors, he said.

While he had also lodged an application to self-adjudicate in bankruptcy, there was a reasonable prospect that confirmation of the proposed arrangement would enable him resolve his indebtedness without recourse to bankruptcy, and enable his creditors to recover debts due to them to the extent his means reasonably permitted, he said.