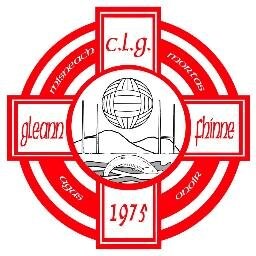 Senior Men
Our senior men got their season off with a positive performance against Glenswilly on Sunday in the Gaeltacht. They ran out winners 0.10 to 0.06 in the end.

Playing with the wind in the first half they went in at half time 0.05 to 0.01 up with our scores coming from Conor Mc Bride 02, Stephen Carr, Steven McGlynn and Conor Ward getting 01 each. Jason Morrow opened the scoring in the second half to put 5pts between the sides. Two quick points on the 5 th and 6 th minute for Glenswilly closed the gap to 3points. Then Conor McBride and Kevin McGlynn scored 01 each for Glenfin before Glenswilly replied with 2 more to pull it back to 3 again.

Stephen Ward and Jason Morrow finished the scoring for Glenfin on the 23 rd minute to put Glenfin 5 up until injury time when Glenswilly got the last point to leave the final score Glenfin 0.10 Glenswilly 0.06.

Our reserve team take on Na Rosa next weekend in the Junior Gaeltacht.

Well done to Frank McGlynn and the Donegal senior team who got a well-deserved draw against Dublin on Sunday in McCool Park in the league.

Minor Boys
The minor boys start the season with an away game against Glenswilly on St Patricks Day. Time TBC.

Ladies Football:
Training continues on Wednesday evenings at 7.00pm for our senior ladies.

Hard luck to the Donegal ladies who lost to Dublin in the league on a score of Dublin 2.17 – Donegal 3.07

Presentation Night
The following received awards at our annual presentation night on Saturday the 18th in Harkins.

Players of the year

Ann McKenna received an appreciation award for her 16 years’ service as Club Secretary.

A presentation was made to John McKenna on his retirement.

There is a referee’s course on the 28th of February at 7.00pm in the St Nauls Grounds in Mountcharles and then on the 1st of March in the Letterkenny Gaels grounds again at 7.00pm. Anyone interested in representing the Club as a referee can take part in these course.

Next Club Meeting Tuesday the 7th  of March

Any club member or manager wanting to put information into the Club notes can do so by sending it to seamusward61@gmail.com or texting 0872052481