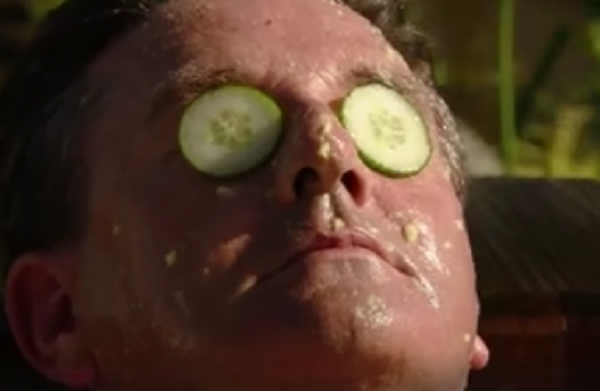 Watch: Daniel is desperate to turn back the clock!

Daniel and Majella O’Donnell have been determinedly looking to reverse the signs of ageing during one of their latest adventures on the B&B Road Trip.

Decpite only being in their fifties, the pair have been trying out facemasks and natural remedies in a bid to rejuvenate their youthful complexions. They’ve also been on a mission to destress by chilling out in an outdoor hot tub.

Donegal crooner Daniel is looking to become 20 years younger, as he says. However, his messing about seems to be causing Majella more stress instead of relaxation.

RTE released this footage as the second season of Daniel and Majella’s B&B Road Trip is about to get underway next week. Watch the hot tub scene here:

RTE also put out one scene you won’t see on the small screen:

Daniel and Majella stop off at a ziplining course during one of their adventures – and their reactions are hilarious. Daniel enjoys the thrilling activity but Majella is not so calm about swinging through the treetops. She even roars some expletives at Daniel to tell him to shut up.

Poor Majella was stunned yesterday to see the clip out in the public eye. She took to Twitter to say that she thought it was safely under wraps forever.

2/2 I thought I was safe & nobody would ever see this!!! How wrong was I? That activity took a lot out of me!! @rte @SineadStimpfig

It looks like the O’Donnells are going to have a fun road trip around Ireland again this season!

Daniel & Majella’s B&B Roadtrip will begin on Tuesday 7th March at 20.30 on RTE One. Over six episodes, viewers can follow the Donegal duo as visit bed and breakfasts around Ireland and meet plenty of colourful characters on their travels.