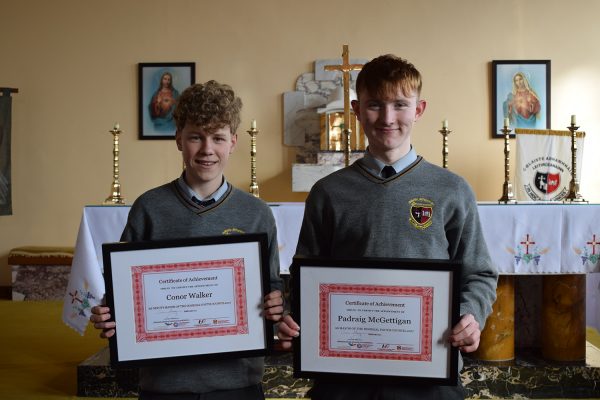 Donegal Youth Council Coordinator Carlyn Maguire made an unprecedented visit to St. Eunan’s Letterkenny today to present both boys with certificates of achievement for being elected.

Carlyn congratulated them both, and presented them with their certificates in a special assembly with their Transition Year group, and told them that “they spoke very well, and through a democratic voting system both boys were elected.” and “I am delighted to see that they take their roles very seriously by attending meetings and sitting on committees.” 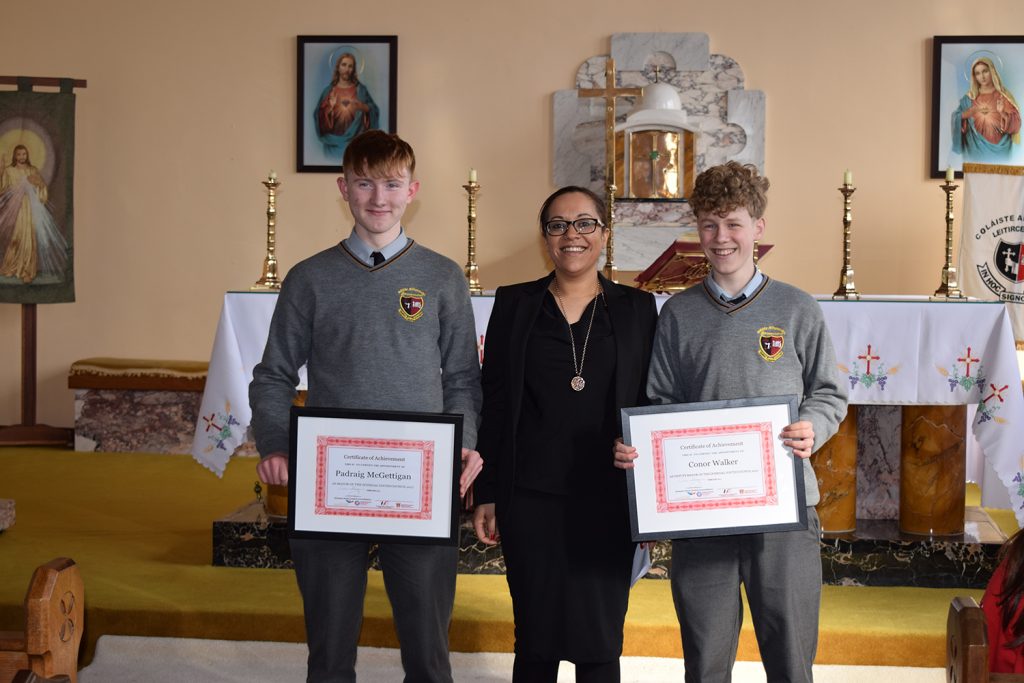 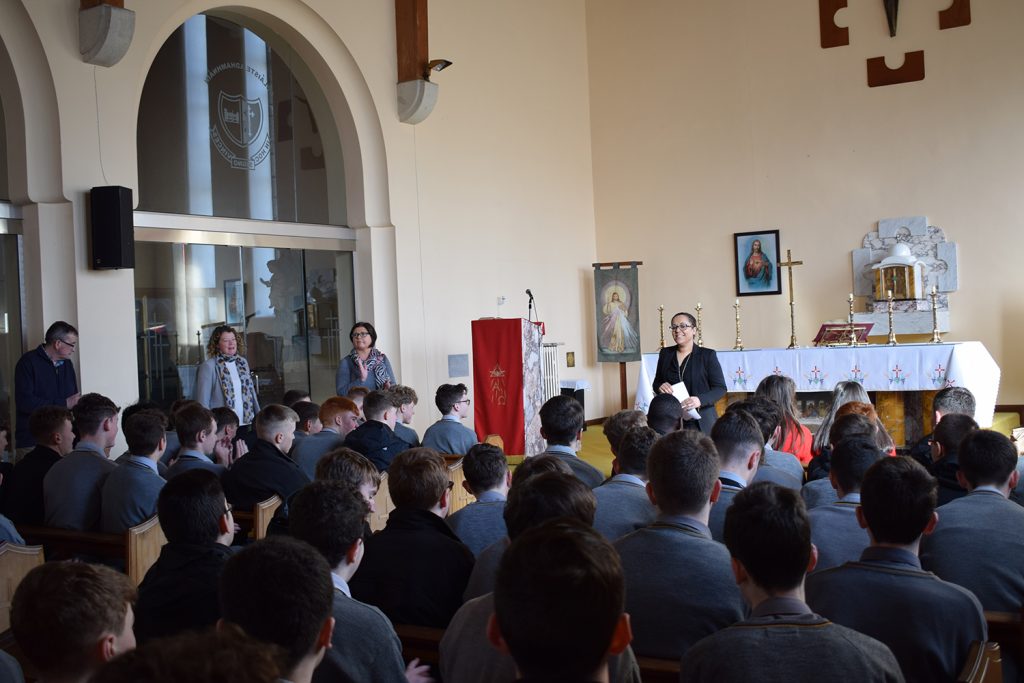 She also added that “St. Eunan’s were the first school in the county to elect their Youth Councillor and are so approachable when the council require a young person to attend a meeting or event.”  Both Conor and Padraig attend, and represent St. Eunan’s in the council.

The Donegal Youth Council elections took place on the 22nd of February in the Regional Cultural Centre, Letterkenny.  Several members of the youth council bravely put themselves forward for election, and gave inspiring speeches to their peers about why they should be chosen for these important roles.  The Mayoral terms last one year, so there will be another chance for other youth councillors to be elected as Mayor and Deputy Mayor next year. 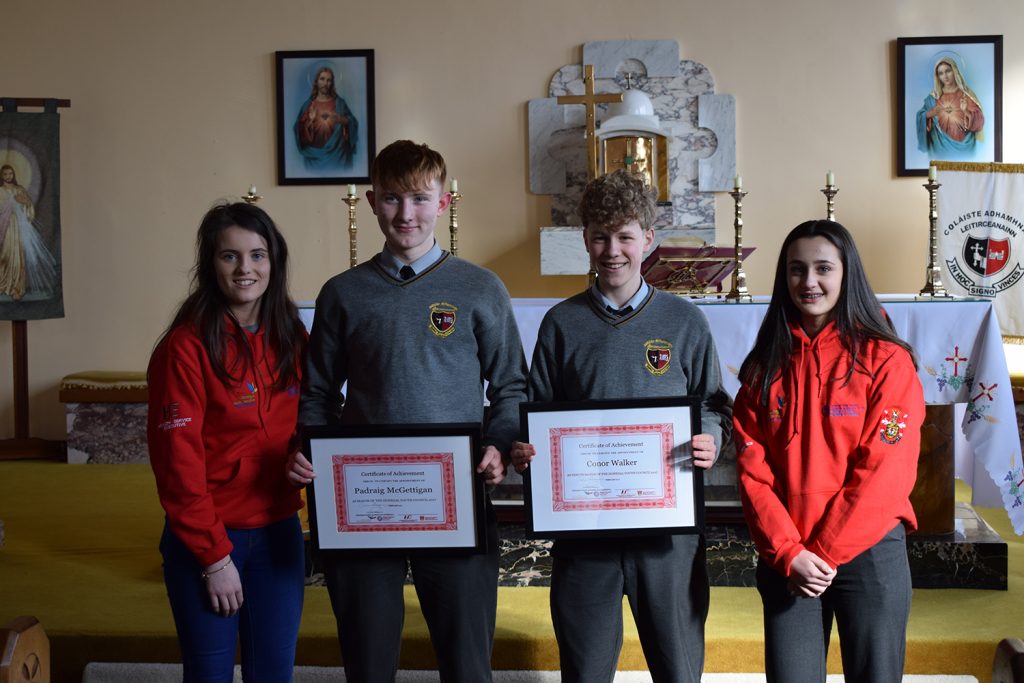 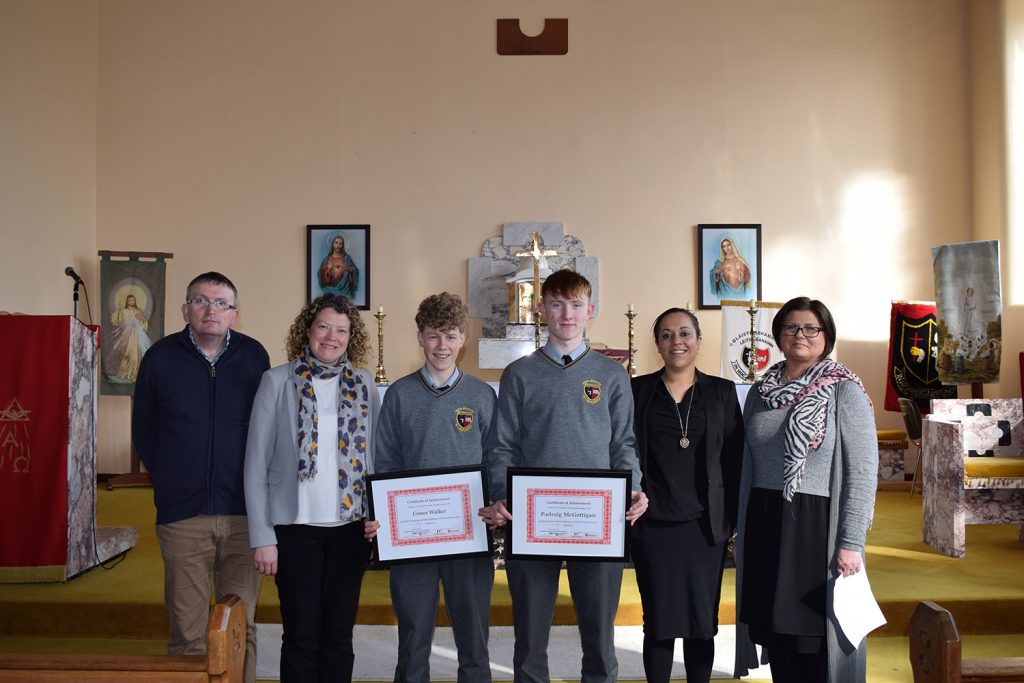 The Youth Council is made up of 33 young people from across the county, with one elected member from each post primary school and ten places from youth services, Youthreach, Óige na Gaeltacht, and the Donegal Travellers Project.  The current council were elected in September 2016 and voted with their peers on Agenda Day to work on more inclusivity for girls in sport, sexual health and education, facilities for young people, and body image over the next two years.